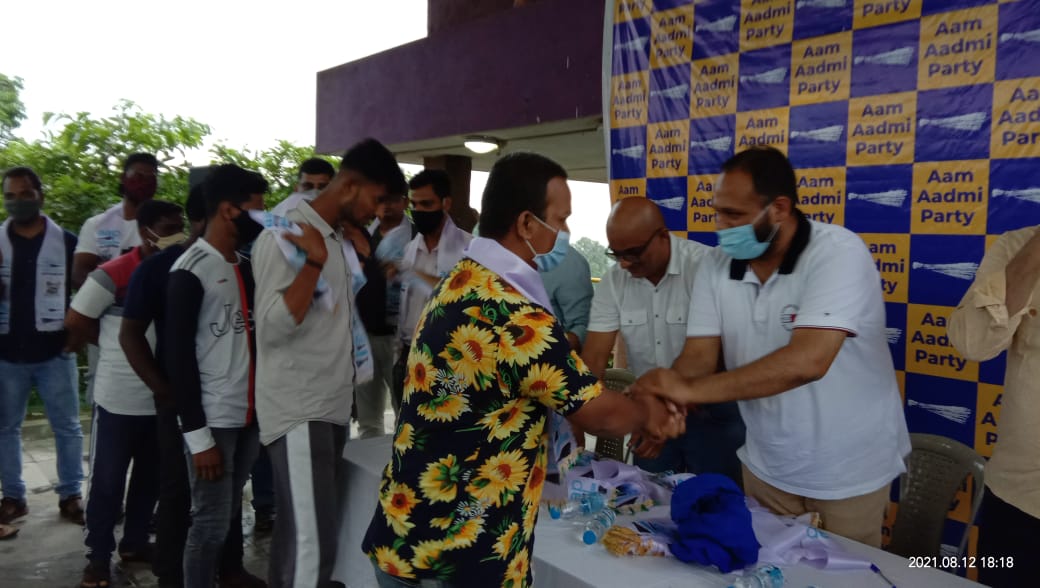 On World Youth Day 60 Fatorda youth joined AAP Goa in the presence of AAP Goa Leader & Fatorda Assembly in Charge Sandesh Telekar Dessai. The youth joined the party as they felt AAP was the only hope for the future of Goa and they were tired of the fake promises by BJP & Congress in Goa. They decided that enough is enough and are tired of the politics being played by those in power.

Common Goenkars have lost jobs, lost business while only ruling politicians have grown richer and richer. Goenkars have been suffering under the Corona pandemic, however the Fatorda MLA and other politicians have ignored the residents of Fatorda. It was only AAP that has stood the residents of Fatorda during this tough time. Whether it is providing them with Oximeters, Oxygen concentrators or ration during these tough times. It is important to note that the sitting MLA of Fatorda Vijai Sardesai won his seat on anti-BJP plank only to join them immediately after elections.

Most residents of Fatorda see this as a betrayal of the constituency & a betrayal of Goa. They also are angry as the MLA and ex MLA have spent all their time hiding at home while refusing to help common Goenkars.

Goan Youth today are suffering as the Govt has refused to find them jobs and even if they are in college they are expected to risk their lives just searching for network to attend online classes. The Goa employment exchange saw 1.5 lakh registrations a large number that the Sawant Sarkar has no plans to help so far. Overseeing a catastrophic failure of adopting E-learning students in Goa have been abandoned without adequate devices or network especially in rural parts of the state. This impacts both their learning and job seeking chances. On the other hand the Delhi Govt is teaches many skills to their students with a focus to make them employable and help them find jobs.

“The Youth in Fatorda have decided that enough is enough. They are fed up of the “Ghatki and Patki” politics of the present politicians in power.” said AAP Leader Sandesh Telekar Dessai. “Over the course of our aid work many youth reached out to us and expressed an interest to work together to make a better Goa. ” added Telkar Dessai