Old Goa is a sacred place, waste management plant should be relocated: PGNM 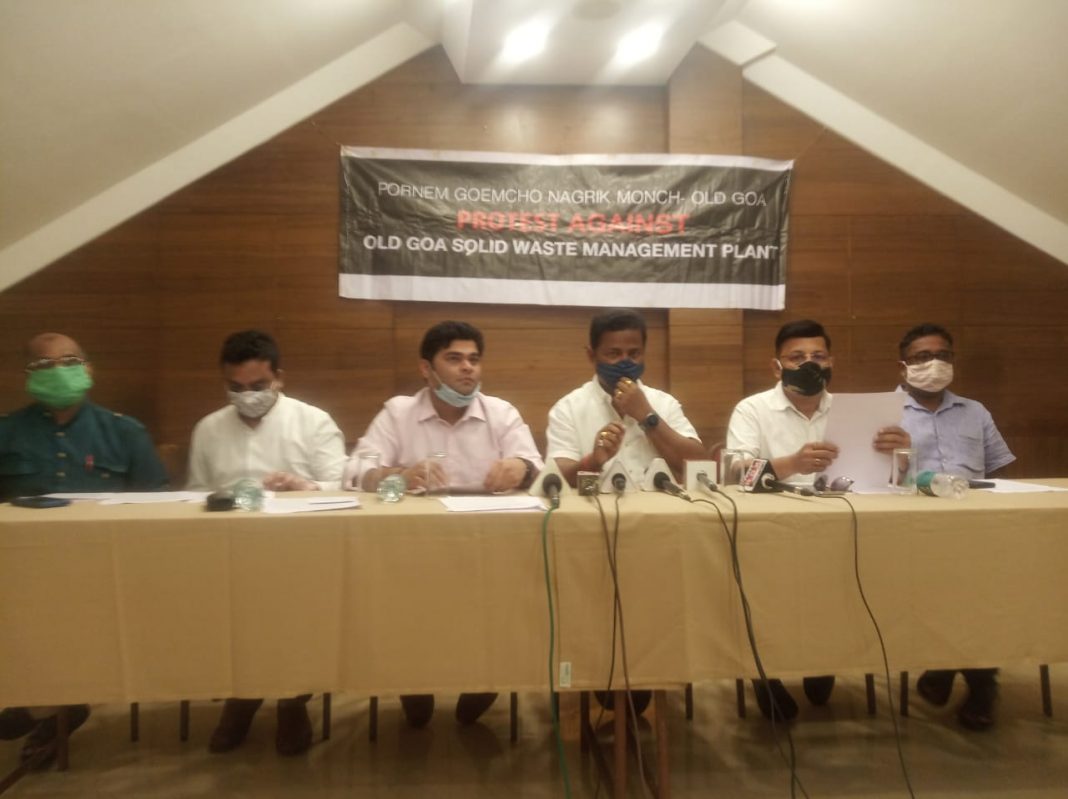 Panaji:  Pornem Goemcho Nagrik Monch (PGNM) held a press conference on Saturday addressing various issues relating to the Waste Management Plant which is to come up at Bainguinim. Present for the meeting were various Sarpanch and ex-Sarpanch. PGNM the platform which staged a protest against the coming up of the waste management plant opined that Old Goa is a sacred place where people have kept Goecho saib, Old Goa also has Brahmapuri temple.
“Not only old Goa but Korli, Karmali, Curka, St. Andre and St Cruz since 2006 we have been actively opposing this project,” PGNM said. PGMN also believed that health will  get affected if this project is brought moreover old goa is a heritage site and project will lead to the destruction of this scenic area. The platform also mentioned that they do not support any political party. “This is not a political issue but a social issue which is affecting everyone,” it said.
- Advertisement -