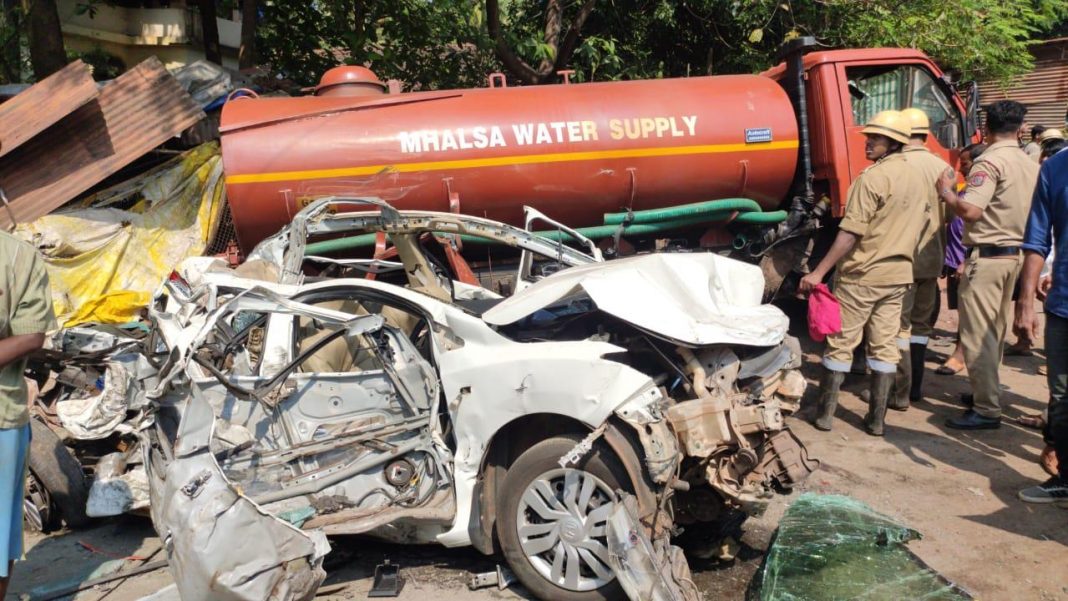 Old Goa: Several villagers blocked the Old Goa by-pass for sometime after six vehicles were involved in the accident on the road on Thursday.

One person was reported to be dead and several were critically injured after six vehicles dashed against each other on Old Goa highway.

The locals who had gathered at the spot questioned why State government has failed to complete an overbridge on Chimbel-Ribandar junction which could avoid the accidents.

They pointed out that the accidents at this spot has been a regular affair. The agitators also stated that the locals are facing difficulties to cross the road.

The crowd got dispersed after giving 15 days ultimatum to the state government to provide solution for the problem, or else threatened to agitate on the road.