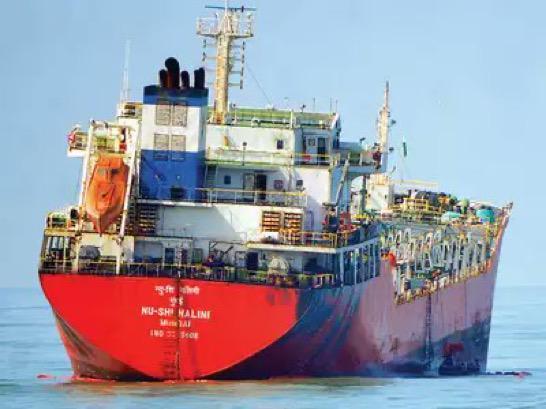 Panaji:  Ports Minister Michael Lobo on Wednesday night claimed that ship carrying Naphtha which had stuck on the rocks off Goa coast has been successfully floated by the private party engaged to salvage it.

“Naphtha loaded vessel Nu Shi Nalini which was stuck on a rock has been successfully refloated. The vessel is expected to be towed to MPT within the next hour,” Lobo tweeted.

The unmanned ship, which was anchored at the Mormugao Port Trust (MPT), drifted on October 24 and ran aground after hitting rocks about 2.5 nautical miles off the Goa coast.

A Netherland-based company was  given the contract to salvage the stranded vessel  and empty it by the Mormugao Port Trust (MPT).

Pramod Sawant-led government had to face severe criticism after the ship had started drifting towards the coast and stuck on a rock, little away from Raj Bhavan at Dona Paula near here.