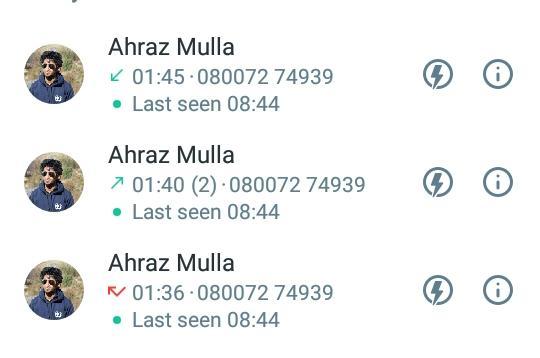 Ponda: The arrogance of National Students Union of India’s Goa Unit Chief Ahraz Mulla has come to the fore when he called a public helpline during wee hours of July 14 and asks whether formalin is available.

The helpline was launched by Goa Forward Party’s Ponda unit on July 13 and within few hours, the NSUI Goa chief was found to be indulging in the mischief.

“Yes I had called. I wanted to check whether they are responding to the call,” Mulla confessed to www.goanewshub.com. When asked time and again whether he asked whether formalin is available, Mulla responded positively. “Yes, I had asked,” he said.

The calls were made after 1 oclock in the night to the helpline. Mulla said that he had initially called for which the helpline did not pick up the call and they reverted which he missed and then again he reverted to their call.

www.goanewshub.com has the audio recording of conversation with Mulla by our reporter.

Speaking further Mulla said “next day again I had called asking them why there is no water. They will not tell you that.”

The behavior of NSUI Goa Chief who is supposed to showing a way for other youth in the state has been worth condemning.

Previous articleMonsoon session to begin from tomorrow; likely to be stormy
Next articleDay 1 assembly: Vishwajit expected to be floored by Michael Lobo on FDA issue