No ring of fire seen from Goa during annular solar eclipse 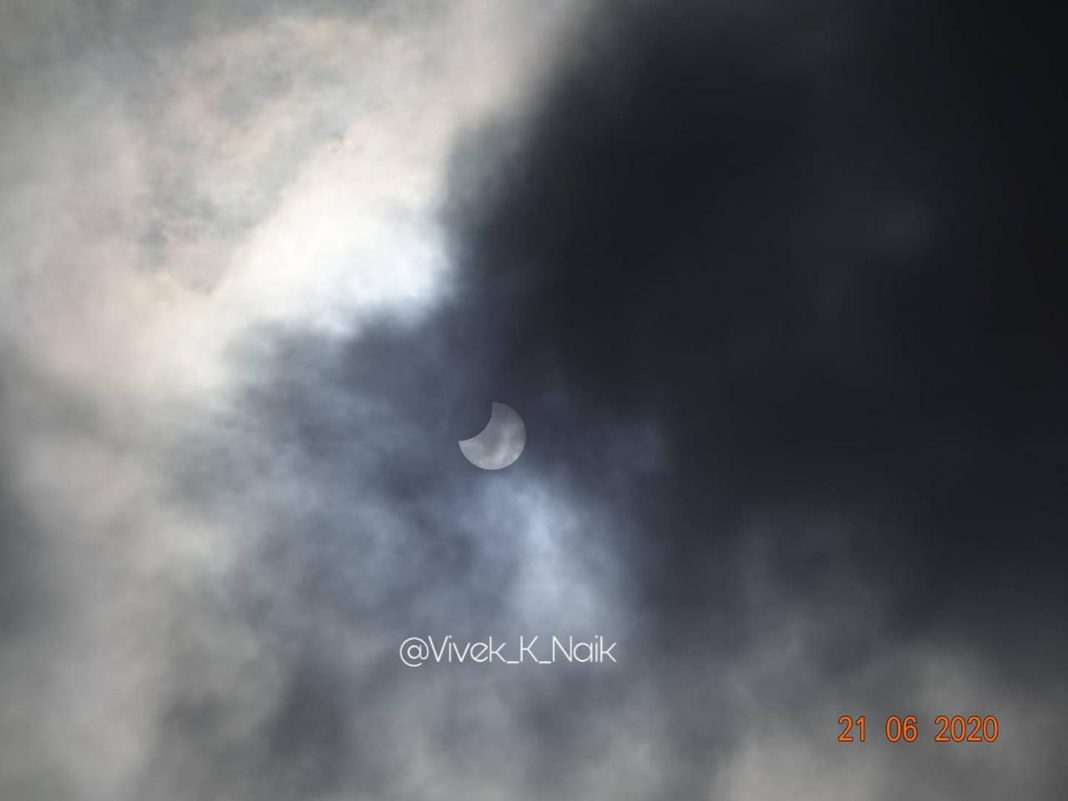 Panaji:Many Goans watched the annular solar eclipse on Sunday though dark monsoon clouds blocked a clear view at many places.

However, formation of a “ring of fire”, the main attraction of the celestial event, was not visible from the coastal state.

Many enthusiasts watched the celestial event from their homes due to restrictions on gatherings.

Atul Naik, former president of the Association of Friends of Astronomy, Margao, said the observatory located in Panaji remained closed due to lockdown restrictions.

“We could see the eclipse during 11.02 am and 1.24 pm though sky was overcast. We could view all phases of the solar eclipse though the ”ring of fire” could not be seen in Goa,” he said.

Naik said the formation of the “ring of fire” was observed in most of the northern India.

He said many people watched the rare celestial event from their homes through online links and live streaming.

For photographers, it was a rare event to freeze in frames.

“This is a lifetime experience for a photographer like me and I did not wanted to miss it. I could click many pictures as I perched myself on the rooftop of my house from 10 am to 1 pm,” said Vivek Naik.

An annular solar eclipse occurs when the angular diameter of the Moon falls short of that of the Sun so that it cannot cover up the latter completely. As a result, a ring of the Sun”s disk remains visible around the Moon. This gives an image of a ring of fire.