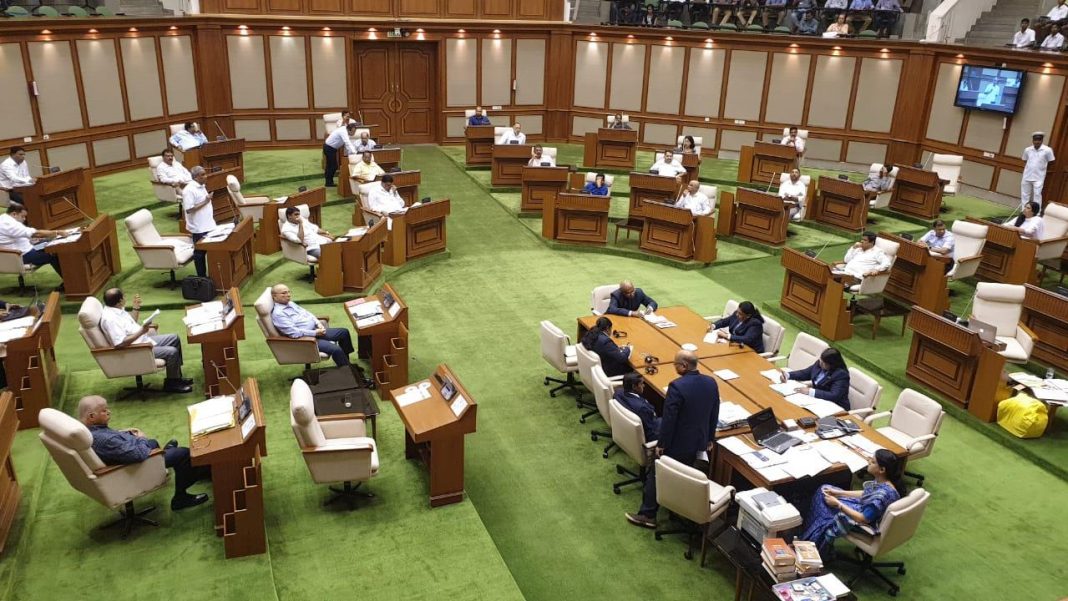 Porvorim: It finally paid BJP in some way to induct Thivim MLA Nilkant Halarnkar into the party. Pramod Sawant-led government was saved from facing embarrassing situation on the floor of the House by him.

Halarnkar on Tuesday had asked one of the most important question on Casino industry in Goa on the floor of the House. The question was listed during the business on Tuesday and it also came up for discussion.

But Halarnkar who was present in the assembly complex did not come to the House, hence the question was not taken up. The Thivim MLA wsa earlier seen speaking to mediapersons outside assembly complex who arrived in the House only after question on Casino was not taken. He came for the next question about Lady Police Sub Inspectors and then stayed for the proceedings.