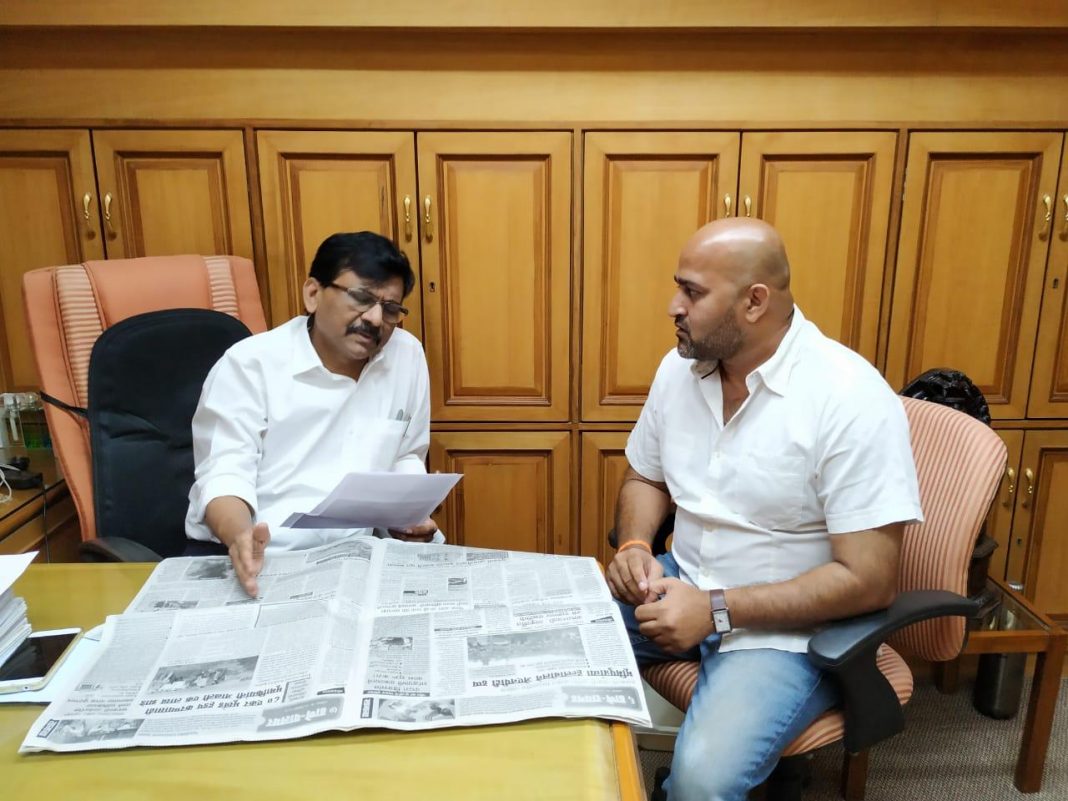 Panaji: Shiv Sena Goa President Jitesh Kamat quoting his party leader Sanjay Raut has said that Shiv Sena has guts to lead the movement of mining resumption and solve the issue provided Leaders of Mining People Front should show full faith in us.

Kamat said that he had a meeting with Raut in the office of Samana newspaper in Mumbai during which the issue of mining was discussed.

Shiv Sena Goa State President had a meeting with Raut in his office of Sena Mouthpiece Saamna at Mumbai.

Kamat urged Raut to raise the issue in parliament through their fellow parliamentarians.

Shiv Sena has 18 MP’s at center with Raut as their leader. On returning to Goa, Kamat will meet all the leaders of mining people’s front and will take a lead to arrange meeting with ShivSena Chief Uddhav Thakre if needed.

Raut has assured to fix a meeting of Mining delegation with Thakre, opined Kamat. Cases were filed after incidence of lathi charge on agitators at Panjim KTC Bus Stand.

Cabinet Minister Nitin Gadkari’s assurance on closing the cases has also turned futile and Shiv Sena would take initiative in the matter if front’s leaders request our leader during the meet, informed Kamat through a Press Note.