Mauvin Godinho trying to have backdoor entry in panchayats through a memorandum: GFP leader Jayesh Salgaonkar 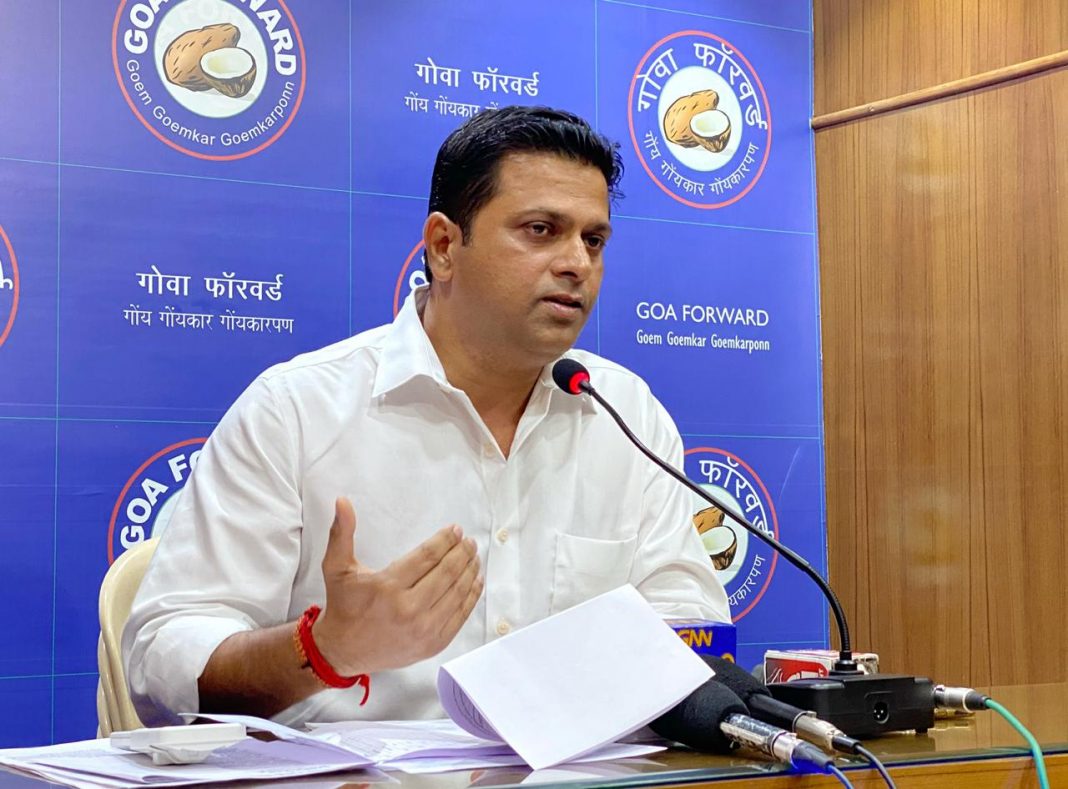 Panaji: Goa Forward Party on Thursday pointed out that Goa government has not availed a single scheme introduced by central government for panchayats.

GFP MLA Jayesh Salgaonkar said that the government has failed even to form District Planning Committee, which is a SPV to avail central government’s schemes.

He said that the central government gives the benefit for 29 different subjects for the panchayats, but Goa did not avail a single scheme.

“Eight BJP ruled states have availed more than 17 of these subjects. Few states  like kerala have taken benefit under all the 29 schemes,” he said.

Salgaonkar said that the state government did not form the district planning committee and attempts to form it were scuttled by them.

He also accused panchayat minister Mauvin Godinho of trying to tempt the people with assurance of giving more powers to panchayats so that they can win ZP polls.

Salgaonkar said that Godinho has come out with memorandum empowering secretary to implement directions from director of panchayat.

“If this memorandum is there, then why do you need panchayat body?,” he questioned.

“We want the panchayats to function in a manner of local self governance. If this memorandum comes into action, secretary will become more powerful,” the GFP leader said. He said this will give scope for more corruption and gramsabha would be by-passed.

He charged that Godinho was trying to have backdoor entry through this memorandum, which is bad in taste.