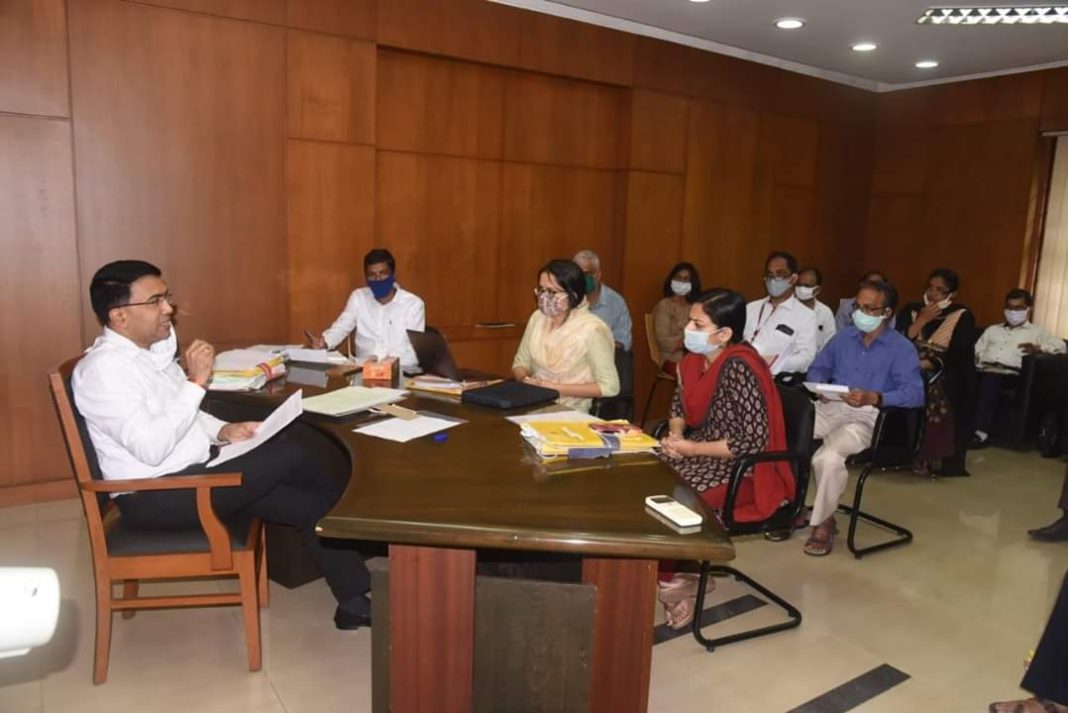 Panaji: Amidst COVID-19 shadow over the upcoming Academic year, Goa Chief Minister Pramod Sawant has formed a committee of experts to study vertical mobility of the students.

The academic year in Goa’s schools, higher secondary schools and colleges, which was scheduled to start from the first week of June has been postponed further. Goa government has said that they will take call on resumption of schools only after July 15.

In a high level meeting chaired by Sawant, who also holds Education portfolio in his cabinet, he formed committee of experts to study vertical mobility of the students.

Senior officers including Director of Education, Director of Technical Education and Director of Higher Education will be member of the committee, which will submit its recommendation to the state government.

During the meeting on Monday, it was also decided that the recruitment rules for government jobs where changes can be made to accommodate the Vocational students will be examined.

As per the media statement issued here, the meeting also resolved that additional divisions in excess of that permitted in the vocational scheme will not be allowed.

“The schools running more than three vocational courses will not be permitted to run the extra courses,” it was decided.

“The redistribution amongst the Self Help Groups supplying Mid Day Meal would be done, so that parity is maintained in respect of number of students,” the meeting resolved.

In yet another decision, the aided Primary schools will be covered under the maintenance grants instead of the existing scheme of Rs 400 per child per month.

“Preprimary schools will be regulated as per the Goa School Education Act and Rules.”

The meeting also decided that the remuneration of the part-time instructors under Sarva Shisksha Abhiyan has been enhanced to Rs 22,000 as compared to Rs 16,000 per month.

The meeting also decided that the remuneration of the lecture basis teachers teaching in government high schools and government higher secondary schools for the past five years has been enhanced to Rs 25,000.