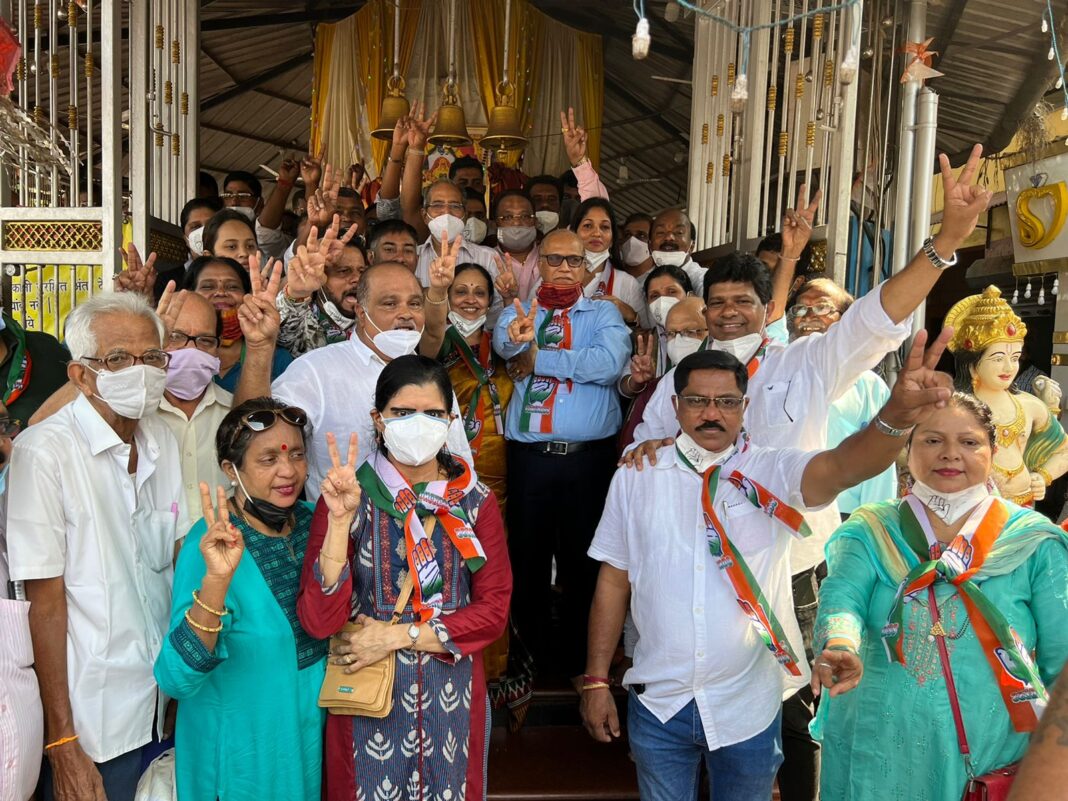 Margao – The City of Margao has always contributed for the overall development and progress of the State. This time Madgaonkars will play a decisive role in forming a stable Congress Government in 2022. I appeal to my fellow Madgaonkars to give me an opportunity to represent Margao for the eighth consecutive time stated Leader of Opposition and Margao MLA Digambar Kamat.

I have always worked tirelessly to develop Margao City. I need your support and blessings to transform Margao into an Ultra-Modern City. I have completed various projects and many other are in the pipeline said Digambar Kamat. He appealed to the people of Goa to support the Congress Candidates across the State to bring back “Government of Prosperity” and end the regime of the BJP Government which brought “Government of Poverty”.

There is no doubt that Digambar Kamat will win the upcoming Assembly election and will create a history. He has come up in Politics from the grass roots level and has always remained accessible and available to the common man. I am proud to have him as the MLA of my Margao City for last seven terms stated former Chairperson of Margao Municipal Council Ajit Hegde.

Goans had the people friendly Government led by Digambar Kamat from 2007 to 2012. He initiated various projects and schemes for the benefits of the people. He always worked to protect the Identity of Goa and respected the sentiments and emotions of the people. I appeal to Madgaonkars to give huge victory to Digambar Kamat in the coming Assembly Elections and ensure that Goa is led by a Madgaonkar stated Senior Journalist Anil Pai while addressing the gathering.