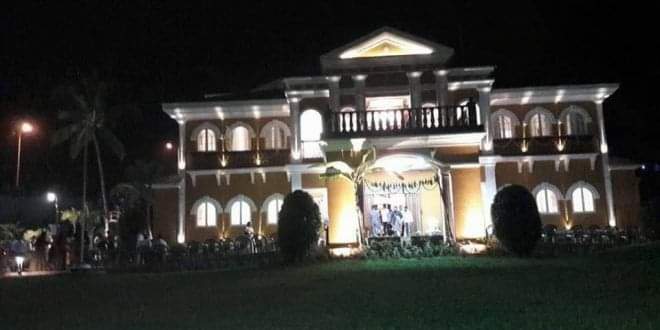 The Lokayukta in his order has stated that it was evident that then Chief Minister Manohar Parrikar and the ACB had shirked and shied away from their responsibility by not registering an F.I.R and conducting an investigation against Pandurang Madkaikar.

While directing the Chief Secretary and the ACB
to now register an F.I.R in the disproportionate assets case filed by Adv. Aires Rodrigues against Pandurang Madkaikar, the Lokayukta in his 15 page order has also observed that the then Chief Secretary Dharmendra Sharma and SP of ACB Priyanka Kashyap had entirely failed in discharging their duty in accordance with law.

Stating that appropriate punishment was required to be imposed on SP Priyanka Kashyap, the Lokayukta has directed that Suo Motu proceedings be initiated against Priyanka Kashyap for gross dereliction of duty.

While pointing out that the ACB may be sluggish in its investigation as Pandurang Madkaikar belongs to the ruling party, the Lokayukta in his order has further stated that if Adv. Aires Rodrigues feels that the investigation was not being done properly it was open for him to seek a CBI probe in the matter.

After holding a preliminary inquiry into the complaint filed by Adv. Aires Rodrigues, the Lokayukta in his order on 17th September last year held that reasonable grounds exist for conducting a detailed investigation while also observing that after going through all the material on record it could not be said that the complaint filed by Adv. Rodrigues against Pandurang Madkaikar was frivolous or vexatious.

Adv.Rodrigues on 7th June 2018 had filed a complaint with the Lokayukta over the inaction of the ACB in probing the complaint filed by him against Pandurang Madkaikar.

Pointing out that Pandurang Madkaikar’s Nikitasha Realtors Pvt Ltd had on 1st April 2017 inaugurated a huge palacial bungalow at Old Goa estimated to have cost around a whopping 200 crores, Adv. Aires Rodrigues in his complaint had demanded that the ACB register an FIR under Sections 13(1) (d) & (e) of the Prevention of Corruption Act 1988 and Section 120-B of Indian Penal Code against Pandurang Madkaikar and his wife Janita Madkaikar the Sarpanch of Old Goa and to speedily investigate the case.

Adv.Rodrigues along with his complaint gave the ACB photographs of the bungalow and a copy of the Affidavit dated 13th January 2017 filed by Pandurang Madkaikar along with his nomination papers at the 2017 Assembly Elections. Adv. Rodrigues drew the attention of the ACB that in his Income-tax returns for the financial year 2015-16 Pandurang Madkaikar had shown his total income for the year as a mere Rs 1,44,389 and that of his wife Janita, a paltry sum of Rs 24,389.

Stating that a perusal of the Affidavit of assets and liabilities filed by Pandurang Madkaikar evidently
reveals that the construction of the new palacial bungalow at Old Goa was clearly disproportionate to the known source of income of Pandurang Madkaikar his wife Janita, Adv. Rodrigues also drew the attention of the ACB that Pandurang Madkaikar had in his affidavit shown that he owned only one residential building at Old Goa in Survey No. 143/1 with the plot admeasuring 875 sq mts and the total built-up area 580.7 sq mts valued at Rs. 69,68,400/.