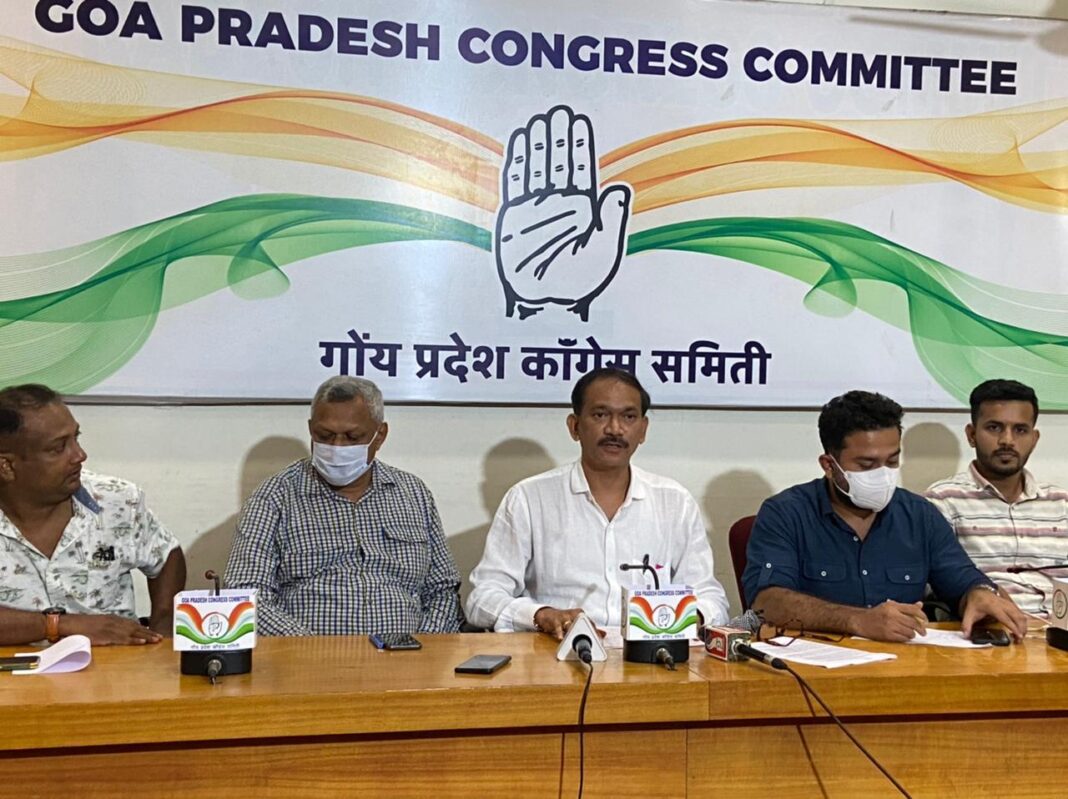 Panaji-The most irresponsible, insensitive and defective Chief Minister Dr. Pramod Sawant has become a laughing stock with his 102 percent theory on Covid Vaccination. The new theory of the Chief Minister is perfectly in line with the Jumla Politics of the BJP. The BJP Government at the Centre as well as the State have always spread lies and falsehood. We challenge the liar Prime Minister Narendra Modi to speak truth about the contentious issues concerning Goa during his interaction with the Cabinet Ministers, Local Sarpancha’s and Covid Warriors stated Goa Pradesh Congress Committee President Girish Chodankar.

Addressing the press conference at the Congress House in Panjim, Girish Chodankar came down heavily on the faulty policies of the BJP Government which have resulted in Goa pushed into financial bankruptcy and environmental destruction. He said that the Prime Minister Narendra Modi who is scheduled to interact with the Goans on 18th September 2021 must speak 100 percent truth on the issues concerning Goans. Youth Congress President Varad Mardolkar and Seva Dal Incharge Shankar Kirlaparkar were also present for the press conference.

Most of the Panchayats have out rightly rejected the various proposals and projects of the Government which will cause harm to the Identity of Goa and destroy environment, forest, wildlife and the coastal life of the State. During his interaction with the Sarpancha’s of various Panchayats in Goa, the Prime Minister Narendra Modi must announce Scrapping of Three Linear Projects which are against the wishes of the people. The Prime Minister must also announce about taking the Draft Coastal Zone Management Plan to the Panchayat level for taking suggestions from the people. He should show guts to announce scrapping of Nauxi Marina Project and give a commitment to the people of Goa that Goa will not be converted into a Coal Hub and sold to his Crony Club demanded Girish Chodankar.

We demand that the Prime Minister must make his stand clear on our Lifeline Mother Mhadei which is sold to Karnataka by the BJP. He must dare to speak about the impact on Goa of the Major Ports Bill passed by the BJP Government and also clear his stand on Nationalisation of Rivers in Goa. Let the Prime Minister give a commitment to the Students of Goa on providing effective Internet Network Facility.

The people of Goa will not get carried away with the lip service of the Prime Minister any more. PM Narendra Modi has failed to honor his word in protecting the interest of Goa. He had promised Special Status to Goa during his meeting at Merces in Panjim, unfortunately the BJP Government has failed to fulfill the promise given by the Prime Minister himself.