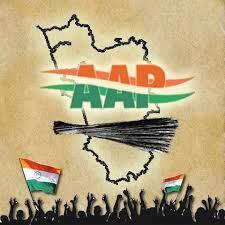 The Aam Aadmi Party has said that not a single person from Goa has been selected in any of the 113 posts against which recruitment was carried out in the last 1 year with majority of the share going to persons from Maharashtra followed by a few from Karnataka. Writing a letter to the MD of the Konkan Railway Corporation at Belapur, AAP Convenor Elvis Gomes reminded him that Konkan Railway was an arrangement between the 3 states of Maharashtra, Karnataka and Goa, and sought to know why Goans were being discriminated against.

AAP said that huge tracts of land of native Goans was lost for the railway infrastructure and that today a stage had come where Goans were totally neglected even in matters of employment. “This is happening because the State Government is busy in buying MLAs to save their chairs. The common man of Goa is totally neglected. Hence we have to see such bad days”, said AAP General Secretary Pradeep Padgaonkar.

AAP recalls that the people of Goa had lot of reservations about the Konkan Railway project whether Goa would be used to merely serve as a corridor between Maharashtra and Karnataka. Many years down the line the fear amongst the people who were agitating against the project has come true. AAP demands that the total number of recruitments made so far in the Corporation be made public, showing how many jobs have been given to Goans vis-a-via Karnataka and Maharashtra.