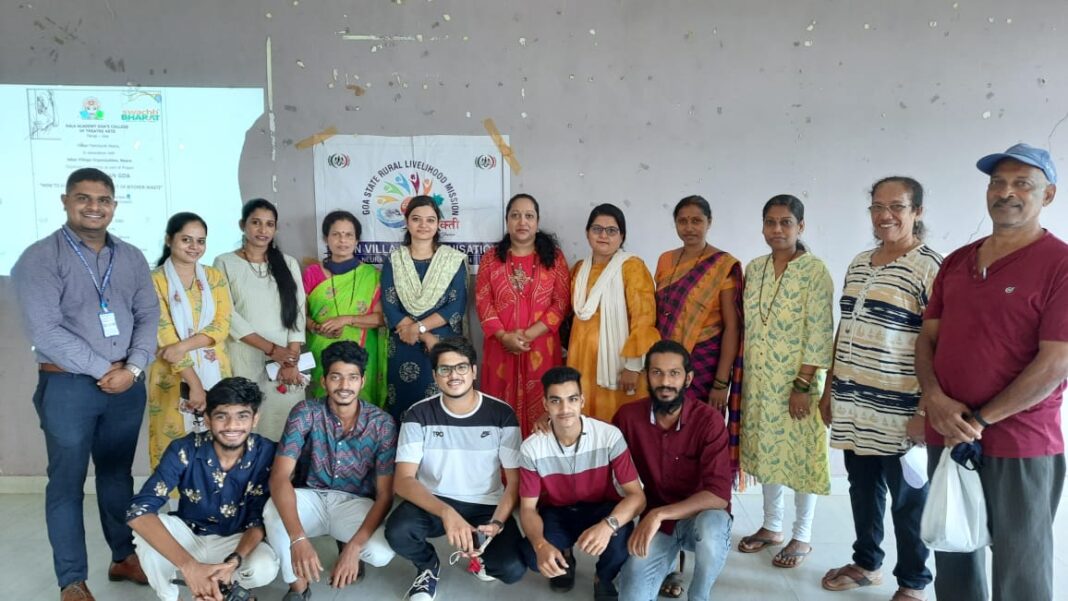 Panaji: Kala Academy Goa’s College of Theatre Arts organized a workshop on “How to make Vermicompost out of Kitchen waste” by Mrs. Apurva Shet Borkar on the eve of Gandhi Jayanti 2nd October 2021 at Neura village panchayat as part of “Mission Clean Goa” project the students of the college initiated “Swaccha Goa- Swaccha Neura” drive in association with Village Panchayat Neura and “Udan” Village Organization, Neura. 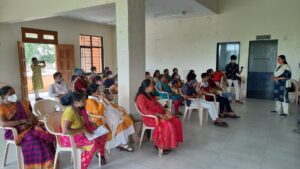 The workshop was conducted by Mrs. Apurva Shet Borkar (Asst. Prof. EVS, Kala Academy Goa’s College of Theatre Arts, Panaji-Goa). She spoke about garbage and its impact on the environment and particularly about wet waste management at household as well as community level. She explained how vermicomposting is one of the natural processes of producing organic compost for the plants. She spoke about the procedure of vermicomposting by highlighting its benefits for the fertility of the soil and growth of the plants. It was followed by the demonstration wherein she showed the steps to be followed in the process of vermicomposting by using items that are used in the process. She also responded to the queries of the audience regarding composting and taking care of the various plantations. The audience actively participated in the workshop by showing enthusiasm in getting aware about the composting process. The students also got the opportunity to interact with the progressive farmer from Neura Mr. Fidelis.
The students of the college were guided and supported by Principal Prof. Ramrao Wagh, Director of Physical Education and Sports Mr. Swapnil Bhaip, College Counsellor Miss. Chaitali Gawas and other teaching and nonteaching staff of the college. 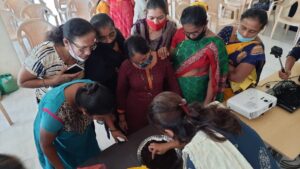