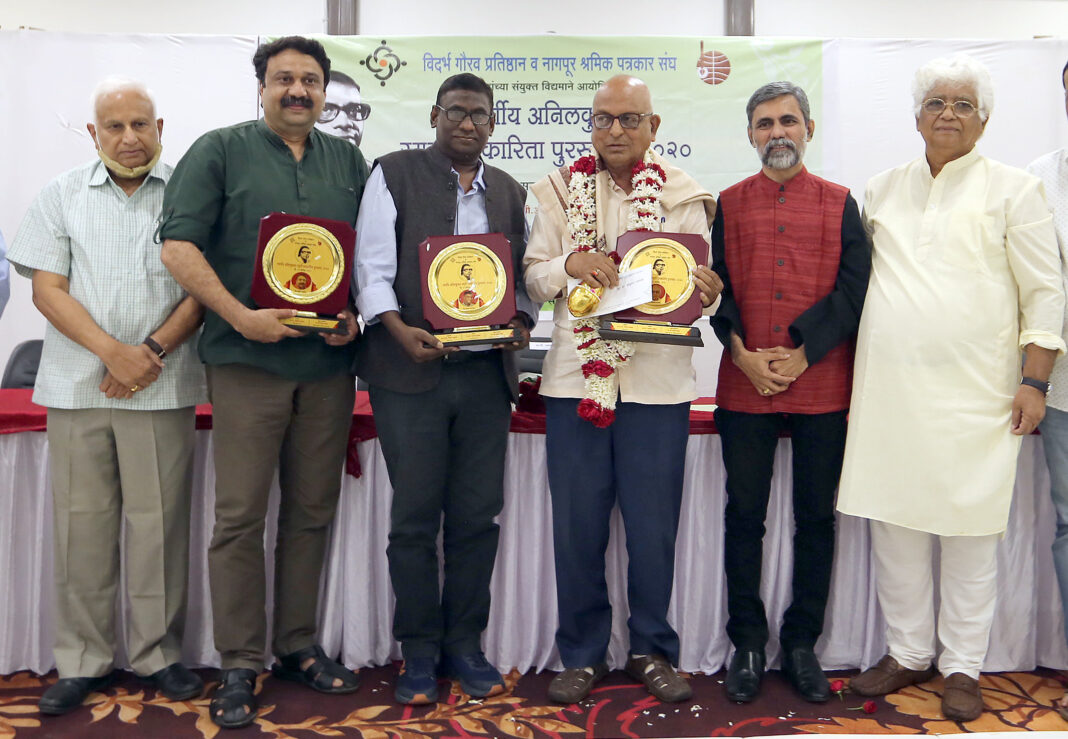 Nagpur : Journalists can influence society for the better and for the worse, “I have met many senior journalists throughout my life who have influenced my thinking,” said Former Union Law Minister Ramakant Khalap who had appeared as special guest at a programme organised by  the Vidarbha Gaurav Pratishthan & Nagpur Union of Journalists on Sunday.
Late Anil Kumar memorial journalist award was given at the programme to Maharashtra Times Mumbai editor Shrikant Bojevar as well as their Digital Medium working president, Ashish Jadhav and senior editor Shrikrishna Chandak.
“A journalist does not merely inform the society about day-to-day activities but also influences their thought process,” said Khalap.
“Nagpur provides a platform for many groups who debate with one another based on their philosophy,” he said.