Its shame, my properties were converted by my own Congress Govt when I was in Cabinet :- Aleixo Sequeira 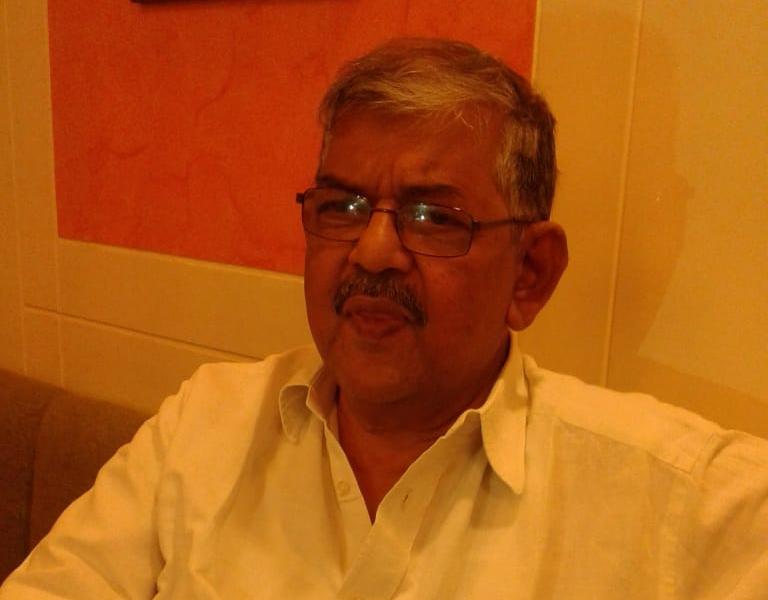 Margao: In what would nullify Congress’ opposition to the section 16B in the Town and Country Planning Act, its own former minister Aleixo Sequeira today claimed that his own properties were converted from settlement to orchard under Regional Plan 2021 when he was part of the State cabinet.

Sequeira’s one of the property has been considered for ractification by Town and Country Planning Board, this month.

The former minister came out against his own party questioning why “someone sitting in Panaji used just a pen and put some other colour to the properties.”

The press conference by Sequeira has come as a major support to the amendment to TCP act by minister Vijai Sardesai, while demolishing the often repeated campaign by Congress Goa Chief Girish Chodankar.

“The time has come when Goans should check zones of their properties. I would appeal to everybody and check the zone and avail the facility that government has offered,” he said.

“I don’t know whether it was a fraud that was done or us. It is a shame for me to say that because I was a minister during that time when this plan was finalized. As a minister if I have gone through this, God knows that is the fate of others,” he commented.

Explaining about the ordeal that he went through, the former minister said that he has three adjacent plots in Colva, which form the part of his resort.

“These three plots have always been under settlement zone. To my utter surprise when Francis Dsouza was minister for TCP, we realized that of the three plots, one was suddenly changed from settlement  to orchard. Section 16b having come in it gave us a chance to go to the board and seek correction of damage done to us,” he said.

“Why do I say damage because when we invested in this property, we invested because it is settlement zone,” he added.

“Suddenly from settlement zone sitting in Panaji you take a pen and you put some other colour, it is not fair,” he commented.

Referring to another property of his brother at Raia, Sequeira said that  property has got a sanad.

“This property sanad was issued in the 90s. now if you see in new regional plan, this area has been changed to Orchard.”

“I have a third property in Nuvem. That suddenly has been made Orchard. I don’t know what is the criteria in changing these zones,” he said.

“If you go through this plan, it is conveniently said down there that old commitments would be met. You are forcing me to change the zone for no fault of mine,” he added.

“You are unnecessarily putting me in the rut.

I appreciate what Vijai is doing. I had applied even before they had first meeting. Why do I appreciate because they have got a procedure, it is not just being arbitrarily done,” he said.

Sequeira said in his case,  there was a team of officials which came, inspected the property and after inspecting the property, the case was put to the board for consideration.

The team consisted of officer of TCP, Agriculture department and forest department. They have come to the site, taken pictures. It is not that the application is decided this way or that way.

“I would assume this way they have inspected all the properties where they propose change. Whatever is happening is good to rectify wrong done in 2021,” he added.

Previous articleGovernment intends to formulate scheme for promoting integrated farming: Vijai Sardesai
Next articleMahagathbandhan is fake,  Modi will be next PM: Hussain