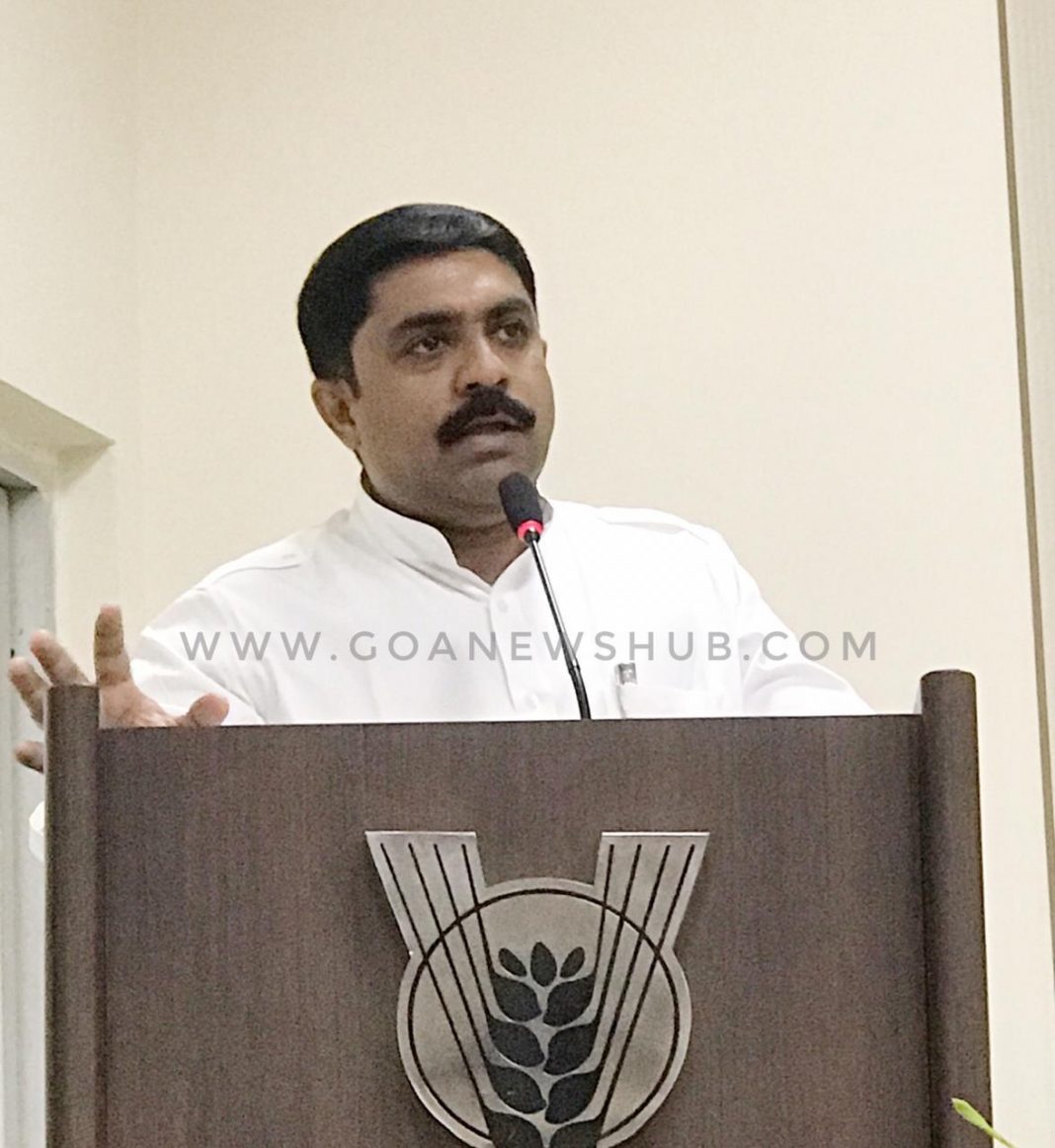 Sardesai said that the future of the Agriculture in Goa is through integrated farming, which can be supported by State government in association with the institutions like NABARD and Indian Centre for Agricultural Research (ICAR).

He was addressing gathering of paddy farmers in the State during inauguration of training on “Popularising good post-harvest management practices for field crops of Goa” organised by ICAR and NABARD.

“If you are starting integrated farming project then we are ready to design separate scheme to support it with NABARD and ICAR. If any farmers’ club comes forward, we can help them under community farming or any other scheme, The future is of integrated farming,” Sardesai said.

“The concept of integrated farming will have fisheries, poultry, dairy and agriculture together in one project,” he said.

Sardesai said ICAR has developed a model for integrated farming which can be copied by the farmers.

He said Prime Minister Narendra Modi has set a target of doubling the income of farmers by the year 2022.

“How to do it? We need to reduce post harvest losses, go for better varieties of crops, have better selling opportunities and also go for value addition,” he said.

“These are composite set of practices which will increase farmers’ income by 2022,” he added.

Admitting that the farming is not a profitable business in Goa, the minister said that the efforts should be made to get it out of red.

“We need to admit that the farming is not profitable under current circumstances in Goa. We have been agrarian economy but due to industries like mining and tourism, it has faced the setback,” Sardesai said.

“When we speak about Clean Goa, Green Goa, we need to highlight the importance of agriculture.

Research shows that there is loss up to 30 per cent post-harvest due to wrong practice followed by the farmers,” he said.

Sardesai said Goa has distinct identity. “Goa cashew is separate from the produce in other states. ICAR’s Goa variety has been par with Vengurla variety of Cashew. Goa should have its own variety which we have developed,” he said.

Previous articleSection 16B provides relief to an educational trust
Next articleIts shame, my properties were converted by my own Congress Govt when I was in Cabinet :- Aleixo Sequeira