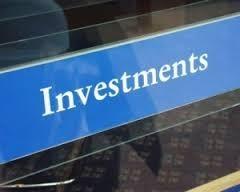 Panaji: The Investment Promotion Board (IPB) that met today under chairmanship of Manohar Parrikar has approved government’s proposal to empower the Board has a single window clearance system for facilitating all the investment projects in the State.

Toda’s was the first meeting of the Board post Chief Minister’s return from USA, where he underwent medical treatment for nearly three months.

IPB has approved Government proposal to empower itself to seek all other necessary clearances on behalf of the project proponents who approaches them with the projects.

State government through an order issued in May, had stated that “the Board shall act as a single window for project proposals received by them for projects covered under section 8 of the said Act. However, the role of the Board shall be limited to that of a facilitator in obtaining requisite clearances/approvals from the Central Government/ State Government department and other agencies.”

“The Board shall within seven days from the receipt of the orders of the competent authority either sanctioning or rejecting the clearance, as the case may be forward the same to the applicant which shall result into the disposal of the application,” the order had stated further.

Meanwhile, in today’s meeting, Board granting in-principle approval to three projects with a total investment of Rs 480 crores and employment potential of 540.

Previous articleFDA should conduct regular checks of fish and other food items- demands Vijai
Next articleStrength given by people helped during trying times: Manohar Parrikar