Investigations will be conducted in the allegations against Milind Naik: CM 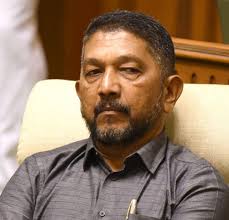 Panaji: Goa chief minister Pramod Sawant on Wednesday late night said that state government will investigate into the evidences of sexual exploitation produced by Congress against minister Milind Naik, who has resigned.

Naik resigned from Sawant-led cabinet on Wednesday late night after meeting the chief minister at his official residence at Altinho in Panaji.

The minister resigned after Congress party accused him of being involved in sexually exploiting a woman. The Congress Goa chief Girish Chodankar had named Milind Naik as being involved in the sexual exploitation while his deputy Sankalp Amonkar had produced audio conversation indicting the minister.

“The minister has resigned for free and fair investigation in the case, I have accepted it and also sent it to the Governor,” Sawant told reporters after meeting Naik on Wednesday night.

Sawant said that the state government will conduct investigation into the evidences that are produced by Congress. “Whatever evidence congress has proved that we will be investigated,” he said.

The chief minister said that Naik has told him that he will fight the case on a personal level.

Sawant said that the cabinet post will remain vacant and there will be no fresh swearing in. “I will handle all his portfolios,” he said.