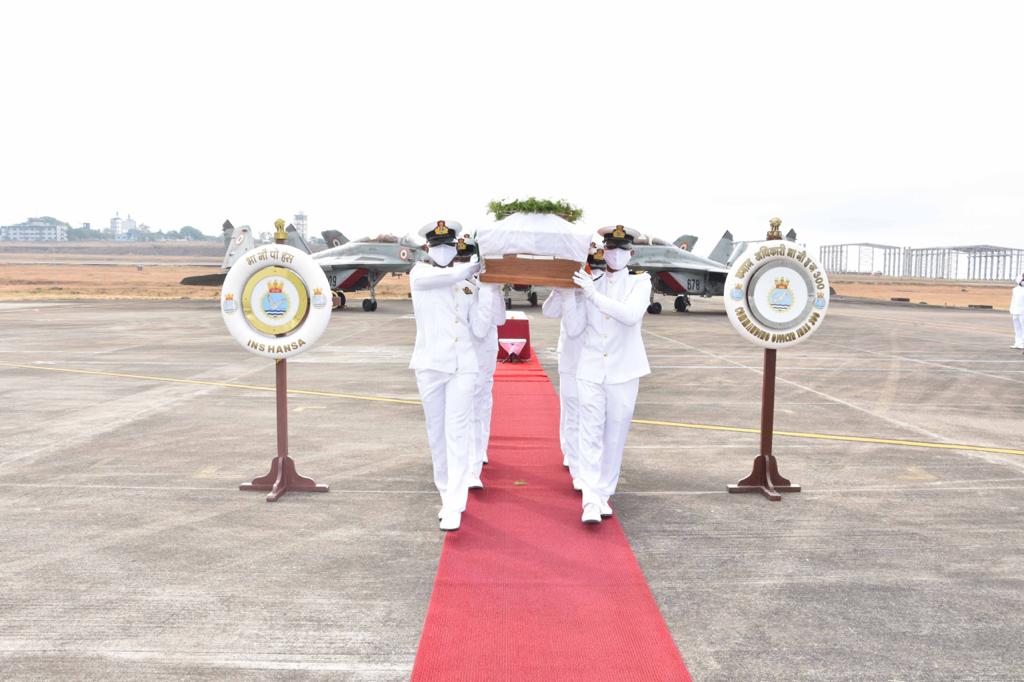 Panaji: Indian Navy on Friday bid farewell to Commander Nishant Singh who lost his life in a Mig-29K aircraft crash off Goa on November 26, a senior official said.

Indian Navy spokesman said that   Commander Nishant Singh, a fighter pilot of the Indian Navy, was laid to rest with full military honours at Goa on Friday.

“Commander Nishant did not survive the Mig-29K crash off Goa on November 26. His wife, Mrs Nayaab Randhawa received the tricolour and her husband’s uniform from the Commanding Officer of the squadron,” the spokesman said.

The son of a naval officer, Commander Nishant was a Qualified Flying Instructor adept on Kiran, Hawk and Mig-29K fighter aircraft. “The Indian Navy has lost one of its most accomplished aviators in Cdr Nishant as he had also received advanced strike training with the US Navy,” the spokesman said.

“The officer was also a qualified mountaineer as well as a skilled yachtsman,’ he added.