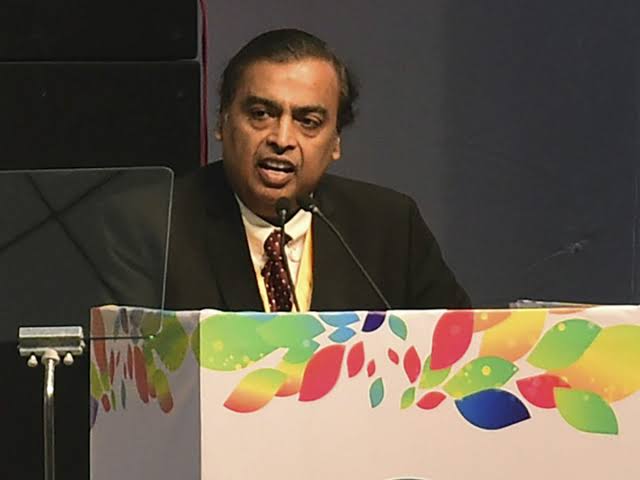 Team
- Advertisement -
Mumbai, Feb 24 Reliance Industries Chairman Mukesh Ambani on Monday said India is at the cusp of becoming a “premier digital society”, and will be among the top three economies of the world.
In conversation Microsoft Chief Executive Satya Nadella at the Future Decoded CEO Summit here, he said the big change driving this transformation is the deepening of mobile networks which are working at a much faster pace than before.
“It all kickstarted in 2014 when PM gave us the vision of Digital India… 380 million people have migrated to Jio’s 4g technology,” he said.
Pre-Jio, the data speed was 256 kbps; and post-Jio, it is 21 mbps, he pointed out.
Referring to US President Donald Trump’s visit to the country, Ambani said India is much different than what it was during the visits of his predecessors Jimmy Carter, Bill Clinton or Barack Obama, and pointed out that mobile connectivity was a key change.
“I have no doubt in my mind that we will be among the top three economies in the world,” Ambani said, adding that the only debate which can exist is whether it happens in five or in ten years.
We in India have the opportunity to become the premier digital society, he stated.
“The next generation will see a very different India than what you (Nadella) and I have grown up in,” he said.
Share
Facebook
Twitter
WhatsApp
Linkedin
ReddIt
Email
Print
Telegram
Previous articleVishwajit Rane conducts meeting oon Iron content in water at Keri
Next articleMicrosoft-Jio defining partnership of decade: Mukesh Ambani
- Advertisement -

Panaji: Goan IT firm Nordic Intent with a global presence in multiple markets has consolidated some of its business verticals and brought it under a single...
Read more
Business

New Delhi: - India’s leading corporate house Reliance Industries Ltd will bear the cost of vaccinating its employees and their immediate family. Around an estimated...
Read more