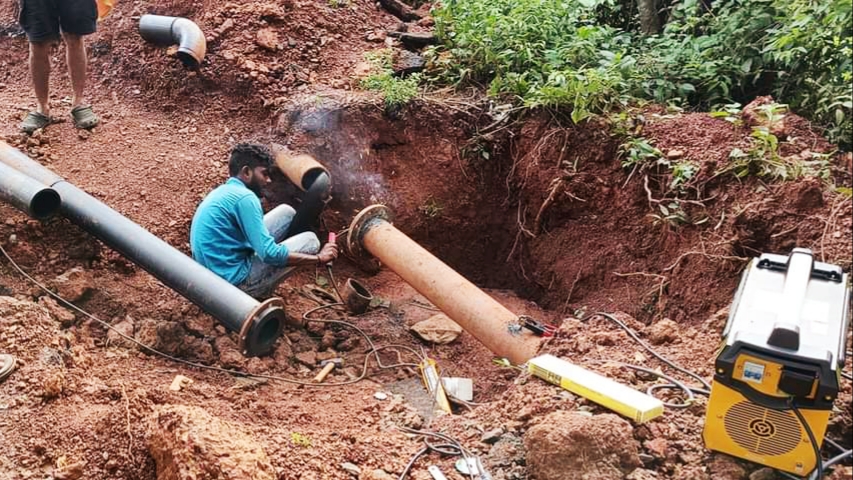 Valpoi:After Chief Minister Pramod Sawant order and sustained efforts at the Government level, the Water supply to Paikul village of Sattari and other neighboring villages like Shel Melauli, Dhada, Maigine, Murmune village has been restored after a month and a half.

The Collapse of the Paikul village bridge during the recent flood in Sattari Taluka had caused extensive damage to the water ways. As a result the water supply to the village was completely cut off since July 23.

During the floods, aqueduct overflowed from the Paikul Bridge and created a drinking water problem for the village. The water supply department of the public works department accorded special priority to laying HD adqueduct under the Ragada river which overflowed during the flood.

This is the first attempt to lay an aqueduct under the river in Sattari Taluka. The work has been completed in just 45 days and the drinking water supply restored, say PWD officials.

The local villagers thanked the Chief Minister Pramod Sawant and requested the chief minister to withdraw the criminal cases which were put on villagers during the IIT agitation.