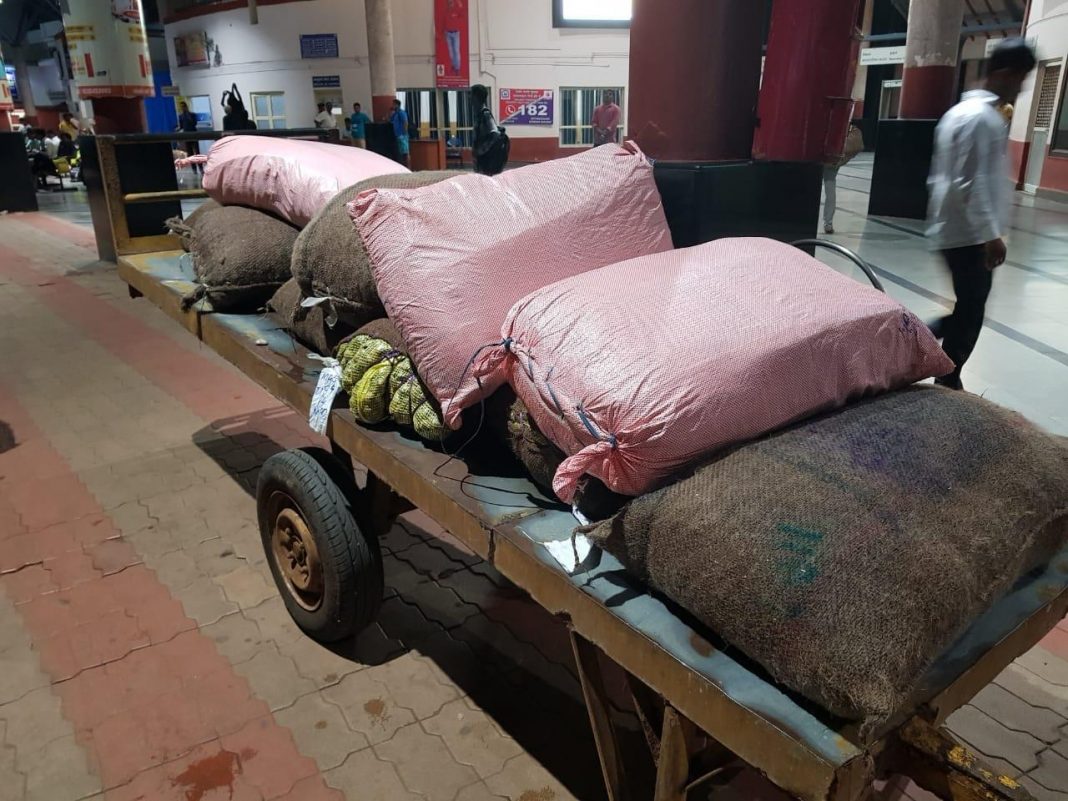 Margao: As the state is currently witnessing ban on the import of fish, the activists today conducted surprise inspection at Konkan Railway Station in Margao and seized the shell fish, which was being parceled illegally in the state.

The complaint filed with Station Superintendent of Margao mentions that three gunny bags of shell fish were brought in through railway.

The consignment arrived on platform number one by Train number 12620 Matsyagandha Express which left from Mangalore station and arrived at 06.10 a.m. today morning.