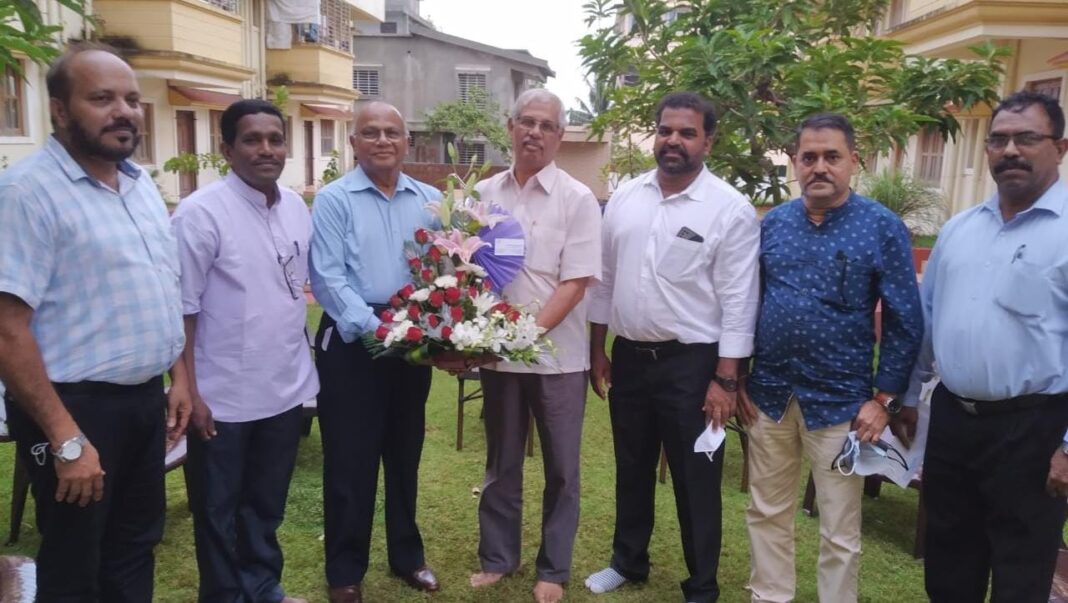 Vasco:The appointment of Sh Rajendra Arlekar as the Governor of Himachal Pradesh is a proud moment for all Goans. Sh Arlekar is an active member of Murgao Hindu Samaj, a body that is in the forefront of preserving and furthering the religion and culture in Mormogoa taluka. Sh Arlekar performed excellently as a minister. He excelled in the role of speaker of the Goa Legislative Assembly.

The President of Murgao Hindu Samaj and a leading philanthropist, Sh Narayan Bandekar (Nana) alongwith the Vice President Sh Shekar Khadapkar and other executive members called on Sh Arlekar at his residence to felicitate him. The President of the Samaj offered a congratulatory letter and a floral bouquet to the member and Governor appointee, Sh Rajendra Arlekar. Sh Arlekar while accepting the letter appreciated the good work done by Nana for the people of Mormogoa in particular and for the people of Goa in general.