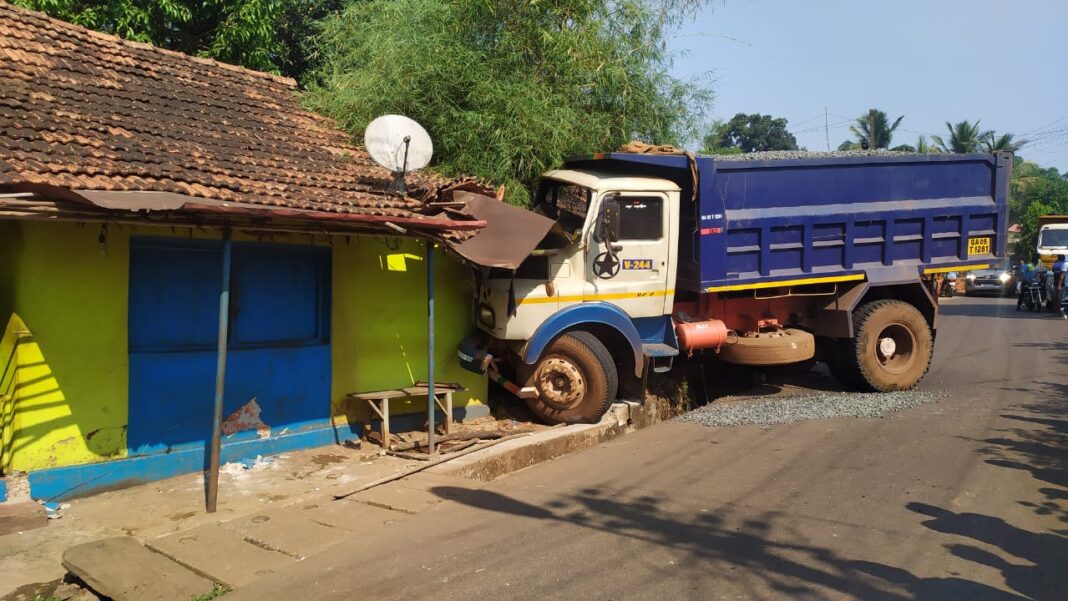 Honda/Sattari: The villagers from Honda in Sattari taluka have opposed plying of heavy vehicles through narrow lanes of their village, claiming that such a traffic causes accidents.

The villagers also had complaint to the local police station that heavy vehicles which are traveling from their Honda village to cut short the distance.

They pointed out that due to this several accidents have occurred in their village.

The District Magistrate North Goa have not allowed the commercial heavy vehicles from village.

On Friday, one of  the heavy vehicle truck crashed onto the house in Honda village.