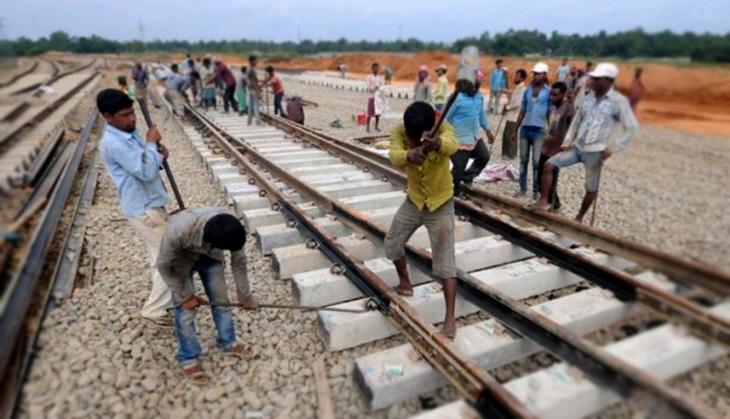 The Bombay High Court at Goa today (28.2.2022) issued notice to respondents including the South Western Railway on a writ petition filed by Velsao Panchayat, challenging developmental work on the second track of the railway through the villages of Velsao, Pale and Issorcim without approval or license from the Panchayat under the Panchayat Act, 1994.
The new Writ Petition has been filed by the Panchayat of the villages of Velsao, Pale, and Issorcim regarding several illegal constructions and activities being carried out by the Respondent Railway authorities within the jurisdiction of the Panchayat. The activities in question are being undertaken as a part of the project of doubling of the railway line between the cities of Hubli and Vasco. The railway respondents have neither obtained any permissions nor have applied for any.
The petitioner Panchayat states that being the constitutionally established and elected local governmental body for the villages of Velsao, Pale, and Issorcim, it is an important authority as far as development and/ construction activities within these villages are concerned. As per the statutory scheme of the Goa Panchayat Raj Act, 1994, as well as the Goa Land Development and Building Construction Regulations, 2010, no development and/or construction activities can be undertaken within the jurisdiction of a Village Panchayat without written permissions being issued under the specific provisions of the Panchayat Raj Act as well as the Building Regulations. In spite of these provisions, the Respondent Authorities have on multiple occasions carried out development and/ or construction activities in relation to the railway track doubling project without the necessary permissions from the Petitioner authority.
Moreover, the Petitioner authority has been completely sidelined in the entire process of planning the railway track doubling within the jurisdiction of the Petitioner, contrary to official guidelines of the Ministry of Railways and the provisions of the Indian Railways Code relating to the planning of all railway projects. As the Respondent Authorities have continued carrying out work without permissions from the petitioner, in the face of multiple objections sent to it by the Petitioner, the Petitioner authority has been constrained to approach the Hon’ble Court for intervention and relief. The Panchayat, in fact, has already issued a demolition order directing the railways to remove structures recently erected.
A copy of the Court’s order dated 28.2.2022 is annexed.