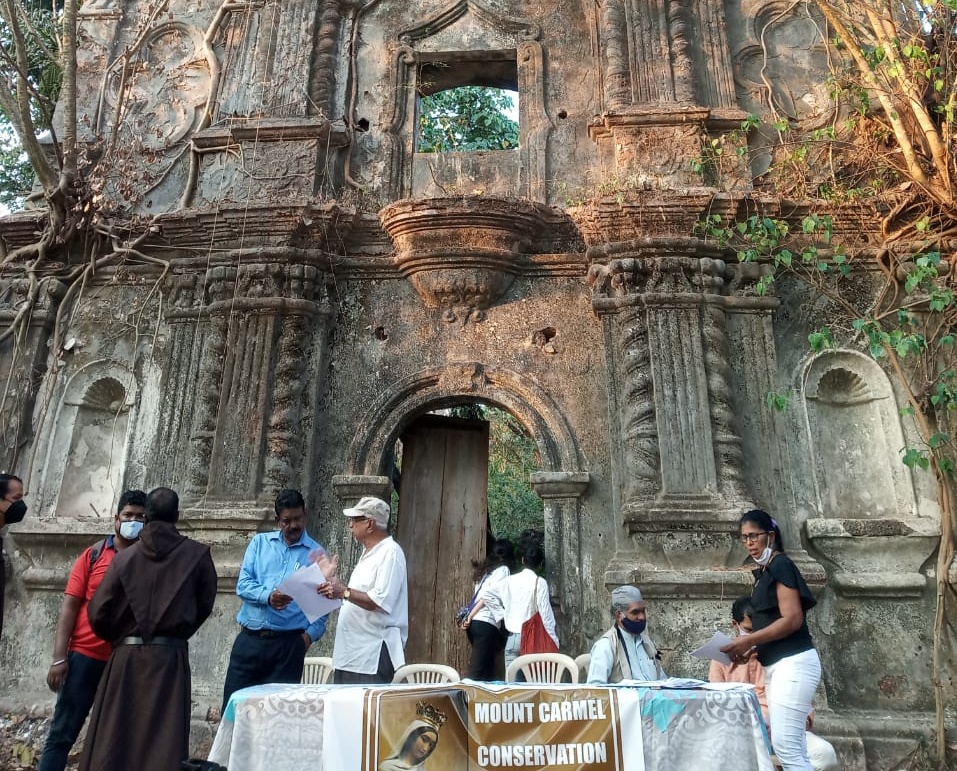 Chimbel: Deputy Chief Minister Chandrakant Kavlekar, who holds portfolio of TCP and Archives and Archeology, is a culprit for not able to protect the ruins of Church of Our Lady of Mount Carmel at Chimbel.

While locals have been opposing destruction of this heritage site to construct Old Age Home, St Cruz MLA Tony Fernandes too has vouched how Kavlekar has failed to give justice to his portfolio when this structure is concerned.

A peep into the past reveals that then DyCM and TCP Minister Vijai Sardesai has given provisional NOC to this structure as heritage site.

On June 23, 2019,  TCP’s Conservation Committee had agreed to notify the ruins at Gaudlembhat, Chimbel as heritage structure. Sardesai had spearheaded this move paving way for preservation of this ancient structure.

The structure is amongst the first institutions of Christian Studies in the state and it is an important site in Goa’s cultural history. It is one of the first instutition in 1730 which took Goans to study for priesthood.

Soon after this decision, Sardesai was dropped from cabinet while Kavlekar took over his portfolios.

Instead of following up the decision, the TCP apparently have allowed the destruction of this ruins by allowing Old Age Home.

“ I had followed it up then DyCM Vijai Sardesai had given provisional NOC for heritage site. After that Babu kavlekar should have completed the process and declared it,” Fernandes said.

The local MLA was kept in the dark. Fernandes is furious and has now approached the high ranking people in the cabinet.

He also called for meeting of officers informing them that his constituency is not on rent, and he should be taken into confidence.

Fernandes has opposed the destruction of the ruins, while suggesting that the project can come up anywhere else in the area.