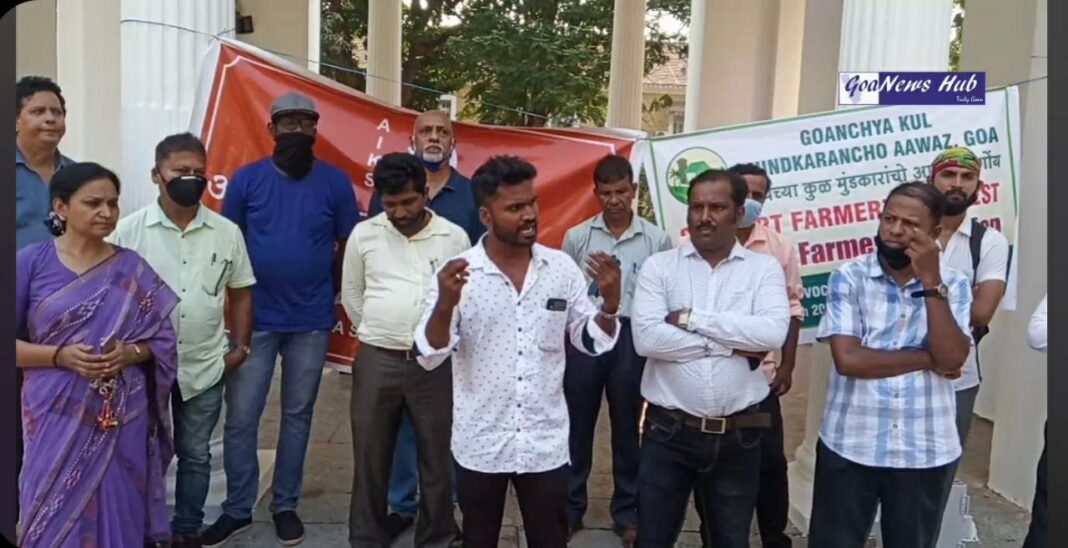 Panaji : As protesting farmers all across India touch the 100 days milestone Goanchya Kul Mundkarancho Aawaz has stood in solidarity with these farmers.

Present for the agitation were Ramkrishna Jalmi, N. Shivdas,  Adv Jatin Naik and Pratibha Borkar among other leaders. The farmers have been protesting for the proposed laws which they allege will prove detrimental to their farming practices.

Jalmi briefly explained how the bills introduced by the government are detrimental to farmers. Noted Writer and Poet N Shivdas reiterated the faith of people in farmers who are protesting he contended that farmers contribute to the economy of the country yet the government is least bothered about them. “Democracy is under threat as free speech is being suppressed ” he added.

Rama Kankonkar inferred that farmers’ protest is not only a National issue but also a local issue. “Farmers in Mopa are losing their lands, She-Melaulim villagers had to protest to protect their land.” He alleged that the national level government is trying to harass farmers by introducing farm bills where as in Goa Coastal Zone Management Plan is on its way to destroy our land.