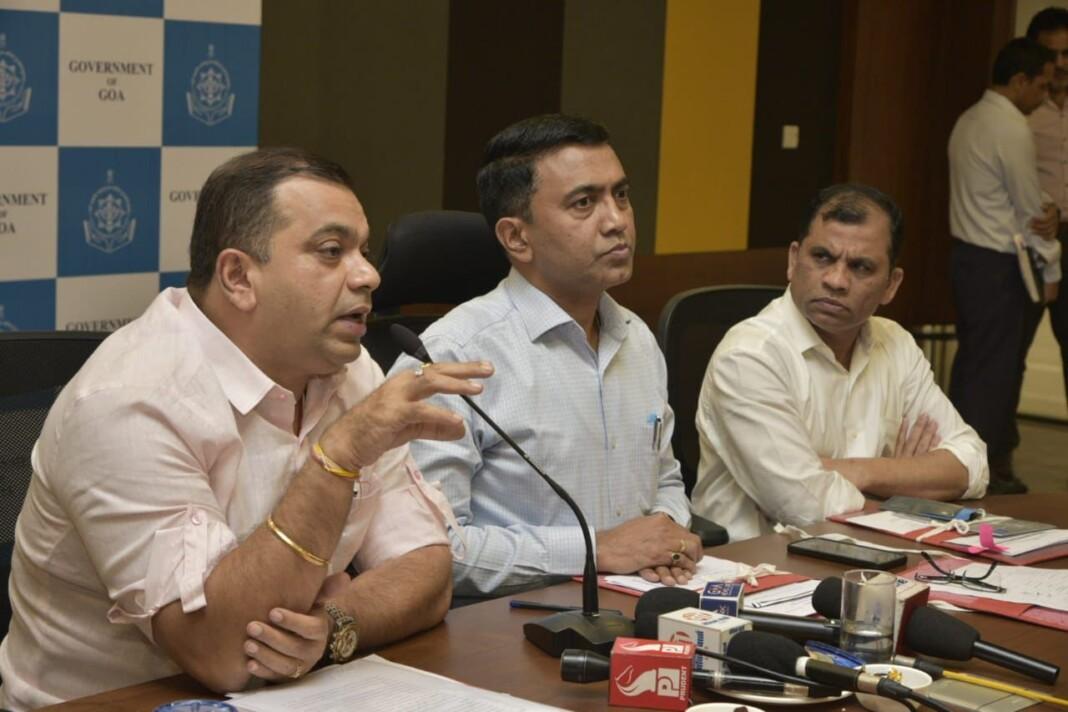 Panaji: After distributing benefits to various start ups and IT companies under state government approved schemes, Goa chief minister Pramod Sawant on Thursday said that the coastal state would emerge as the “creative capital of India.”

Talking to reporters in presence of State IT Minister Rohan Khaunte, Sawant said that the policy has eleven schemes through which the Start Ups are incentivized.

Sawant said that since the inception of Start Up scheme, there has been a total grant of Rs. 3.28 crores sanctioned against these incentives which has over 50beneficiaries.

Besides this, the chief minister said that the IT Policy has 18 schemes ranging from capital investment scheme, power subsidy scheme, internet subsidy scheme, salary subsidy scheme, purchase of land and built-up space, quality certification, etc. is available for IT companies.

“There are 15 companies registered for which a total amount of Rs. 55.34 lakhs have been sanctioned,” he said.

Sawant said that Goa is providing a eco system that will help the state emerge as a creative capital of India.

State IT minister Rohan Khaunte said that the state government has been working towards bridging gap between the talent and industry.

He said that the state government is working on ease of doing business, talent citing and providing of skilled manpower to the industries.