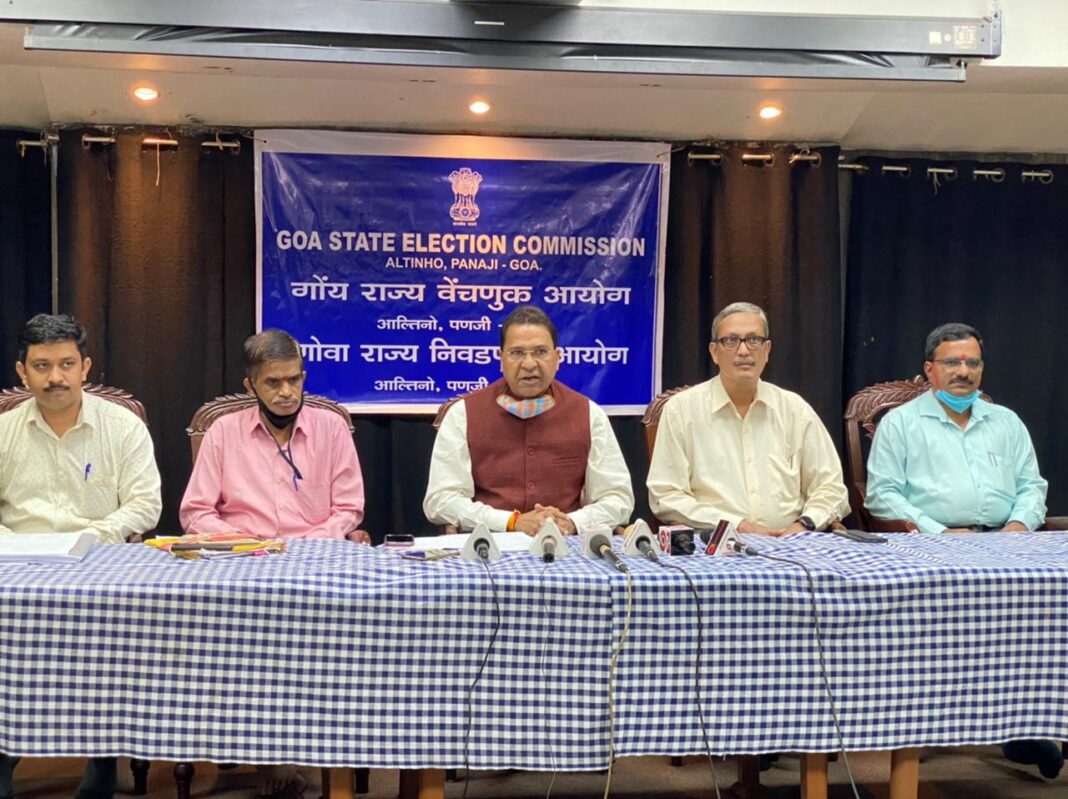 Panaji: The elections for 11 municipal councils and Corporation of City of Panaji (CCP) will be held on March 20, the State Election Commission announced on Monday.

State Election Commissioner C R Garg told reporters that the model code of Conduct has been operational in the state from Monday (today) onwards and it will be limited to those areas where the polls will take place.

He said that the elections would be conducted on March 20 between 8 am to 5 pm for 11 municipal councils and the CCP, wherein the people who are diagnosed with COVID19 infection as on that day will be allowed to vote between 4 pm. to 5 pm.

Garg said that the similar practice of allowing last one hour for voters diagnosed as COVID-19 positive was adapted during recently held Zilla Panchayat elections.

The SEC also said that the by-election for Zilla Panchayat constituency of Navelim (South Goa), by-election for a ward of Sankhalim Municipal Council and by-elections for 22 wards of different village panchayats also would be held on March 20 along with municipal polls.

“Detailed SOPs will be issued, which has to be observed by all stakeholders during the election. I appeal all the public to observe all the guidelines so as to avoid any problem as far as COVID-19 infection is concerned,” he said.

Garg said that the nominations for the election would accepted between February 25 to March 04, 2021 and scrutiny of the applications would be held on March 06.

The election would be held on March 20 and counting on March 22.

The total number of 3,10,995 voters would be eligible to vote on March 20 in the elections for municipalities, the CCP, a ZP constituency and 22 panchayat wards, he said.