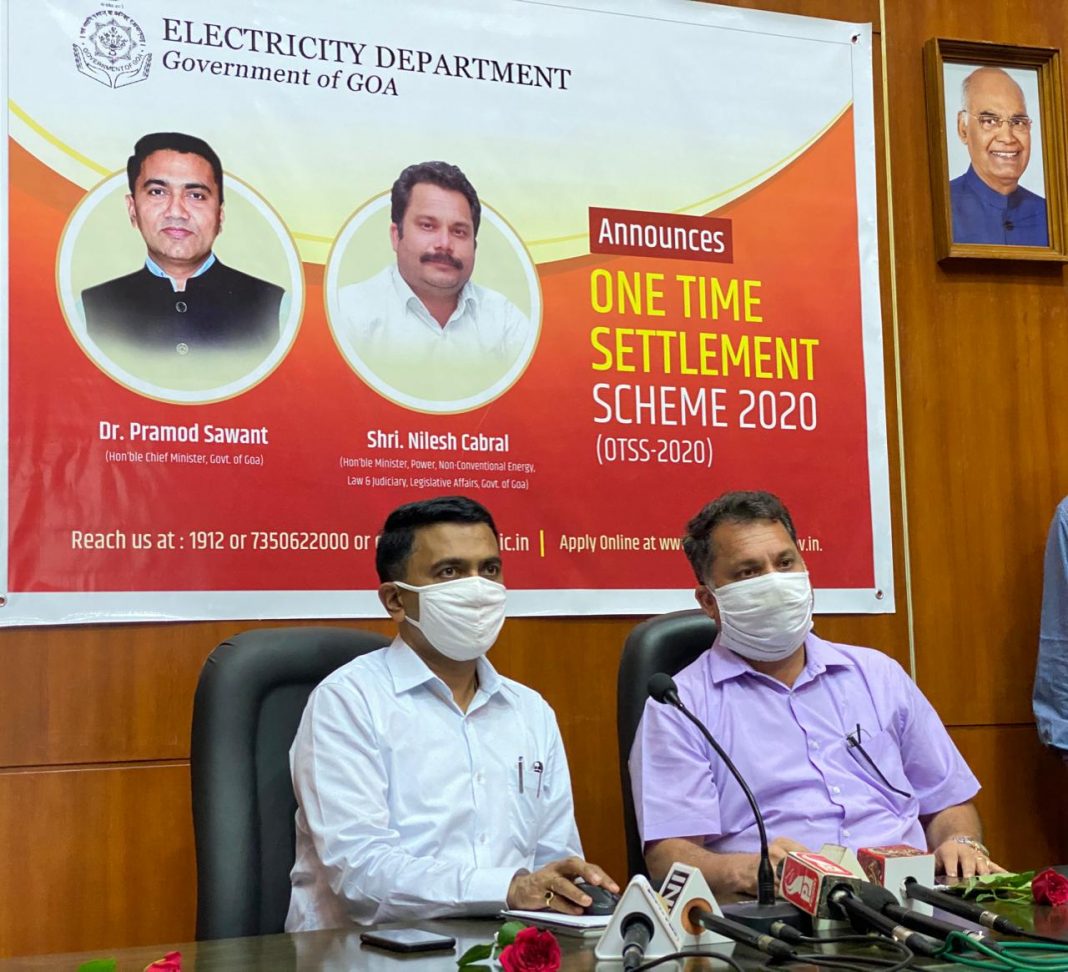 Panaji: The Goa government on Monday launched One Time Settlement Scheme 2020 for the power consumers who can avail the benefit of waiving off the delayed payment charges.

State Chief Minister Pramod Sawant in presence of Power Minister Nilesh Cabral launched the scheme at state secretariat. The scheme can be availed online by the consumers.

The Chief Minister said that this is one of the biggest step in last 60 years. This will give economic relief to the consumers. He said that similar scheme would be launched for the Water Bill through Public Works Department.

Cabral said that the delayed payment charges would be waived off partially or fully by the department under this scheme.

“The delayed payment during covid-19 period would be waived off. The installments can be scheduled online by visiting website,” he added.