Goa Forward Party withdraws from govt, dons the role of a watchdog 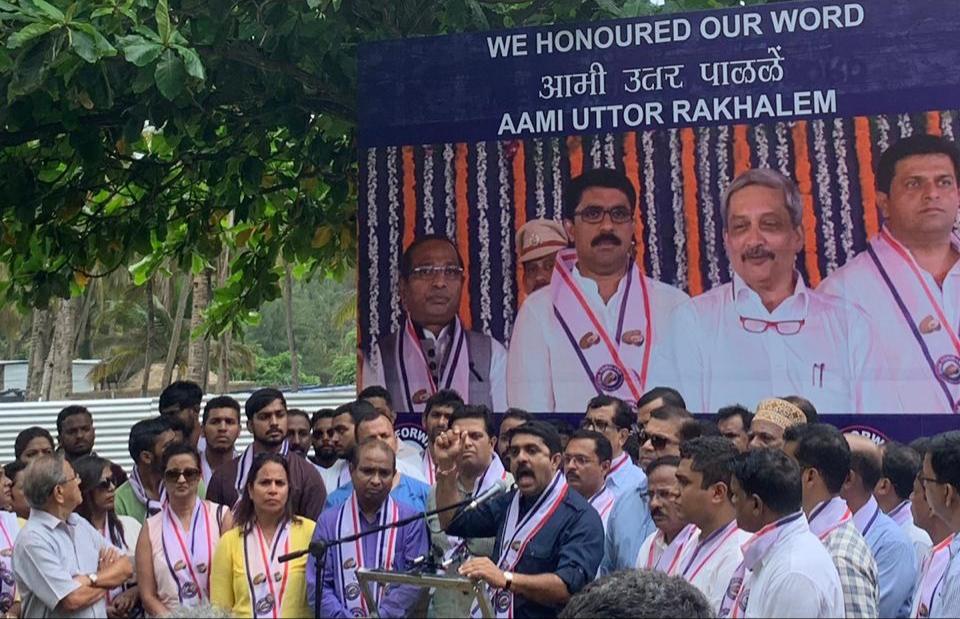 “Parrikar died twice. Once on March 17 physically and today was the death of his political legacy,” Sardesai told a gathering held at Miramar near Samadhi of late Parrikar.

Sardesai, former Deputy Chief Minister was dropped from the cabinet on Saturday along with his colleagues Jayesh Salgaoncar and Vinod Palyekar. Independent MLA Rohan Khaunte is also dropped as Minister.

“We supported Pramod sawant government late Manohar Parrikar before his death took promise from me that whether he is there or not, the support to the government will continue.

Sardesai said that they feel ditched and cheated by the NDA, whom they supported in 2017. “Today BJP central leadership has no face left. Till date I have not received any communication from the Central leadership. NDA ditched their partners,” he said. He said that his party will act as a chaukidar to ensure that government doesn’t compromise with the interest of Goans