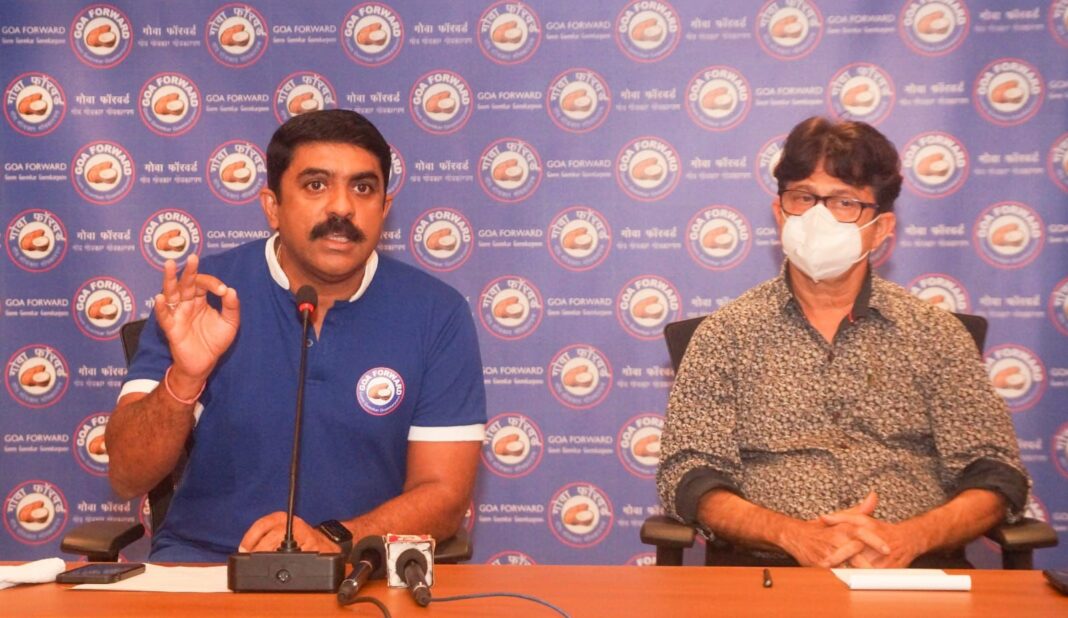 Margao: Noted Tiartrist Prince Jacob has hailed the initiative of Fatorda MLA Vijai Sardesai of helping Tiatra and Drama to restart, which didn’t take place since the last two years due to COVID. Sardesai has announced Rs. 10,000 each towards payment of theater rent for three shows.

Noted Tiatrist Prince Jacob, who is serving in Tiatra field for last four decades, on Friday addressed a press conference along with Goa Forward President Vijai Sardesai at Goemkar Ghor-Fatorda and said that Tiatra should start as artistes are suffering.

Sardesai said that the government, last June, had announced of giving a one-time grant of Rs 10000 to the artistes, as they have suffered due to covid and lockdowns. “Govt has now allowed restart for tiatra and drama on 50 per cent capacity of hall, however has failed to waive off the rent. It should have further given relief to this fraternity.” Sardesai said.

“I had announced that I will support Tiatrist and Drama artiste by helping them from my salary. I had also appealed to other MLAs to do likewise in their respective constituencies. I think our all MLAs should take this very seriously.” Sardesai said.

He also said that as promised, he will give Rs 10, 000 to tiatra or drama director to pay rent of Ravindra Bhavan or other theaters. “For such three shows I will help to each director or producer.” He said.

“This will help them to start tiatra and drama. I understand artiste are suffering and hence to give them solace, it is need of the hour that every MLA should help likewise. Even people are frustrated as there is no entertainment platform. Tiatra has got a captive audience, they want tiatra to start. ” He reiterated.

“Tiatra is our identity and through tiatra and drama these artiste not only try to give good message to the society but they also entertain us. This is very important.” He said.

He said that if Ravindra Bhavan chairman had any concern about the tiatrist, then he would have made theater free for them. “New political parties are coming in Goa and promising what people of Goa have not demanded, however failed to show concern to artiste of Goa.” Sardesai said.

Jacob said that nobody showed concern about tiatrist since last two years. “I am really thankful to Vijai Sardesai for helping artiste fraternity.” Jacob said.

He also clarified that Sardesai is not trying to derive any political mileage from this initiative. “Tiatrist and drama artiste can take this help and we promise that we will not interfere in your contents. You can even perform song on me or Vijai Sardesai.” Jacob said.

Jacob said that government and politicians have not come forward to help them as tiatrist criticises their acts. “Through tiatra we only show where one should steer, our criticism should be taken positively.” He said.