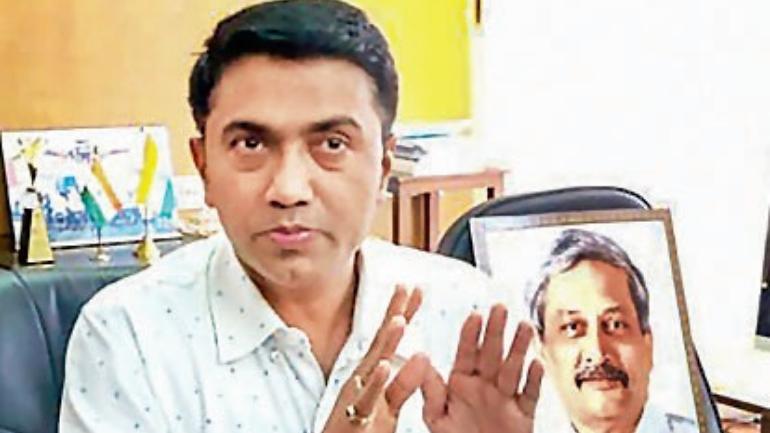 Panaji: Goa Chief Minister Pramod Sawant has said he will distribute some of the portfolios held by him to his Cabinet colleagues after the model code of conduct (MCC) is lifted by the month-end.

The MCC is in force in Goa since March 10 for the Lok Sabha elections and also four assembly bypolls. While voting for the two Lok Sabha seats and three assembly segments got over last month, the bypoll in the Panaji constituency is slated for May 19.

The MCC, among other things, prohibits a government from announcing policy decisions.

Sawant told Thursday that the poll code will be withdrawn, tentatively on May 27, after which development works will pick up pace in the state.

The Chief Minister said he has already conceptualised various plans for streamlining the administration and provide fillip to various sectors in the state.

These plans will be executed once the MCC is lifted, said the BJP leader.

Sawant took over as the Chief Minister after demise of Manohar Parrikar in March.

Sawant has retained all the portfolios, numbering over two dozens, which were with Parrikar. He had assured to allot some of them to his Cabinet colleagues in due course of time.

“Even if I had distributed the portfolios, the ministers would not have been able to work as the code of conduct is in force,” he said.

“Additional portfolios would be distributed after the poll code is lifted,” he said.

Sawant has with him key portfolios like home, finance and education.

The BJP-led government in the state is supported by the Goa Forward Party and three Independents MLAs, who are also members of the Cabinet.