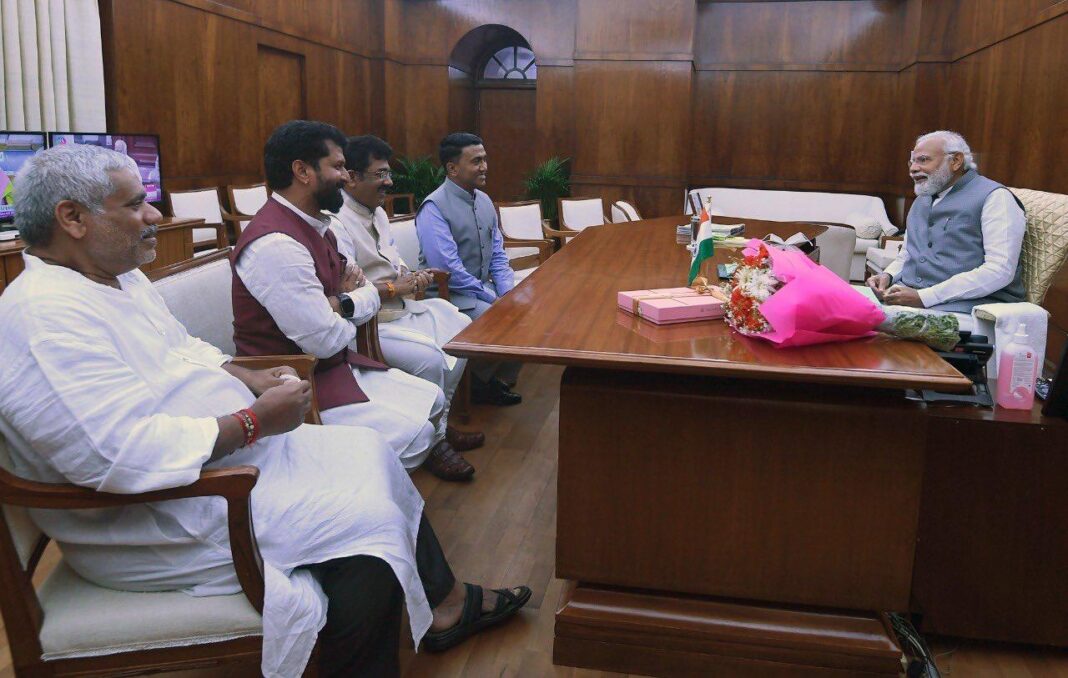 After the meeting, the PM tweeted “Met @DrPramodPSawant and the team of @BJP4Goa. Our party is grateful to the people of Goa for blessing us yet again with the mandate to serve the state. We will keep working for Goa’s progress in the times to come.”

BJP has won on 20 seats in the Goa Legislative Assembly making it the largest political unit. The party is yet to stake its claim to form the government.

Following his meeting with the PM, Sawant wrote on his Facebook page “Met the Hon’ble Prime Minister Shri Narendra Modi ji in New Delhi today, along with National General Secretary Shri C T Ravi ji, BJP Goa President Shri Sadanand Shet Tanavade ji and Gen Sec Org Shri Satish Dhond ji. Briefed the PM on BJP’s resounding success in the Goa Assembly Polls, 2022. The PM conveyed his gratitude to the people of Goa for reposing their trust and faith in BJP and assured his continued support for the development of the state.”