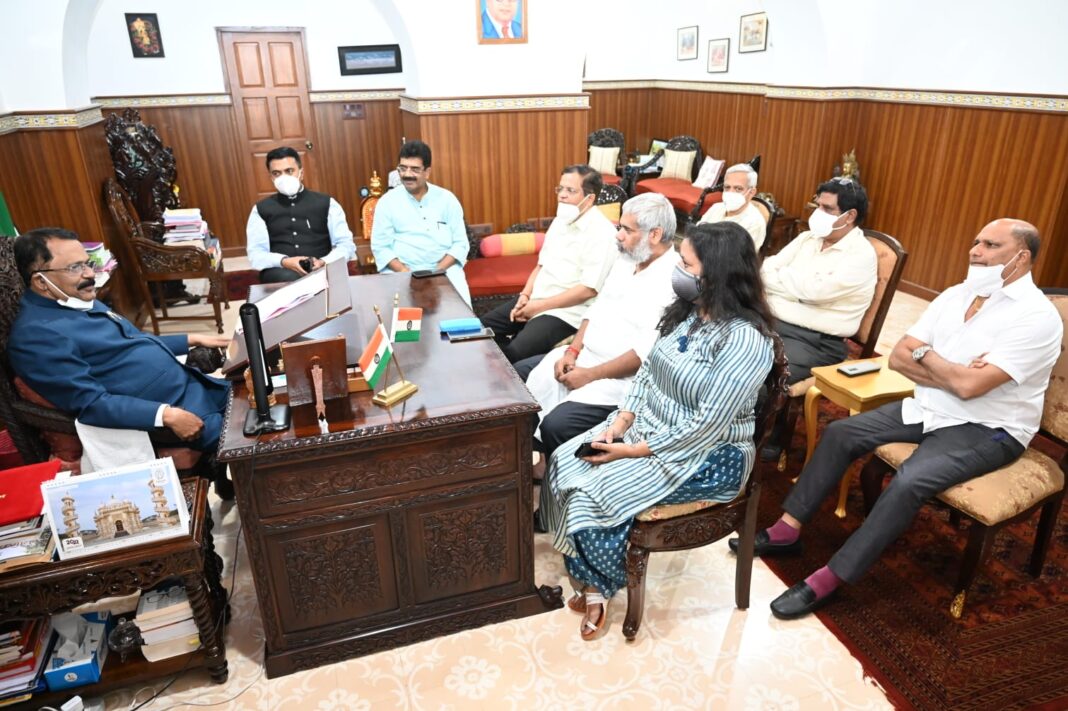 Speaking to reporters, Governor said that he would pass on the demand of BJP delegation to the higher authorities. “It is not right on my part to comment on such issues,” he said.

Sawant told reporters that the Congress workers in connaivance with the Congress government in Punjab had resorted to such a major security breach of the Prime Minister’s convoy, which had never happened in the past.

BJP leaders met Governor for over 15 minutes placing their demand.

The chief minister said that the incident that happened with the convoy of the Prime minister in Pujab was condemnable. “Never in the history such an incident has happened and it should not recur in future. The inquiry should be conducted in the incident,” Sawant said.

He said that they had come to request to the Governor that through President of India, detailed investigation should be conducted into the incident.

“Punjab government has no right to continue. If there cannot provide security to the Prime Minister, the common man is not safe in that state. Whoever is involved in this incident should face stringent punishment,” he said.

Sawant said that there should be action against the person who is involved. “There is also requirement to dissolve the government. They have no right to continue,” he added.