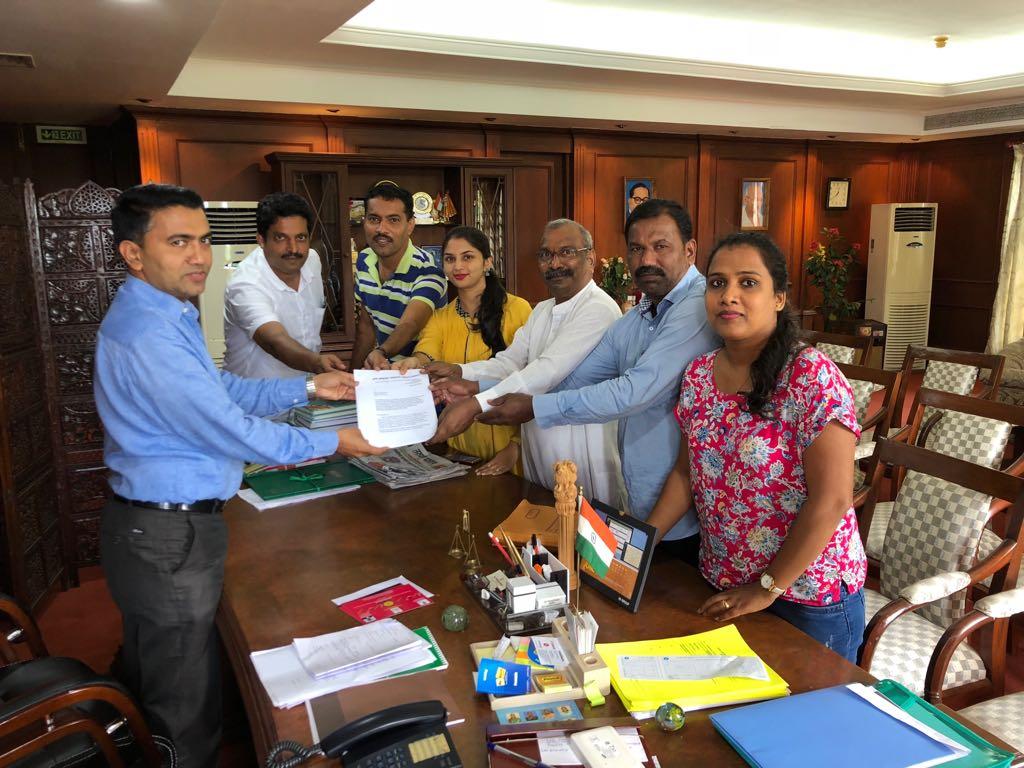 Panaji: Goa Mining People’s Front have continued their attempts to resume mining in the State. In a fresh initiative, the front met the ministers and legislators requesting them to move a resolution in upcoming session urging central government to amend the Concessions act.

GMPF leaders Puti Gaonkar, Camilo Fernandes and others visited the offices and residences of elected representatives in an attempt to get their attention towards the issue.

The memorandum which was submitted appeals  to take resolution in the coming Assembly sessioncommencing from 19/7/2018 to urge the central Government immediate steps for commencement of the Mining operation in Goa by issuance of ordinance to amend section 2 of the Goa Daman and Diu Mining   Concessions (Abolition and declaration as Mining leases) Act, 1987.

“​We on behalf of the over 3 lacs mining dependents  urge upon you to take initiative to take resolution in the coming assembly session  to urge the  Central Government  to issue an ordinance to amend the section 2 of the Goa Daman and Diu Mining Concessions ( Abolition and declaration as Mining Leases) Act 1987 , by making it prospective w.e.f. 23.05.1987 instead of retrospective effect from 20/12/1961,” the memorandum reads.

The mining dependents have urged upon the elected representatives to kindly take necessary step to amend the said section 2 of the Goa Daman and Diu Mining Concessions (Abolition and declaration as Mining leave) Act, 1987.

“This is necessary to save the lively hood of about 3 lakhs mining dependents and also to save the age old industry, which was back bone of the Goan Economy,” the memorandum reads.