Give respectable support price for cash crop farmers, Keep farmers happy or else everyone will remain hungry – Girish Chodankar 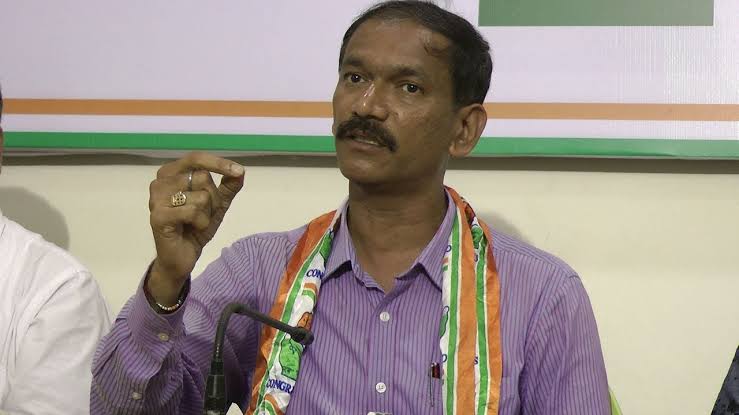 PANAJI: Goa Pradesh Congress Committee has demanded that government should give respectable minimum support price to cashew and other cash crop farmers, who have been impacted negatively due to global restrictions caused by the coronavirus (COVID-19). Existing support price of Rs 100/- per kg is too low and farmers will not be able to sustain during this crisis. If processed cashews are sold for over Rs. 800/- to Rs. 1200/- per kg and government offering them just Rs.100/- per kg is not an acceptable formula. Please revise it urgently and resolve the issue.

“Cashew being a cash crop and many families are merely dependent on this business, it is duty of the State government to protect their interest by giving them respectable support price as the rate of new (raw) cashew nuts have come down drastically.” GPCC president Girish Chodankar said.

There are complaints from cashew farmers of Goa that they are not given a good rate for cashew nuts. It almost dropped to rupees 80 from Rs 130 per Kg in the market, except at Goa Bhagayatdar where today’s price is Rs 105/- per kg. Many small farmers who are out of cash are selling at Rs. 2 to Rs. 5 per Kg of cashew on day today basis.

Chodankar said that farmers have to bear huge loss in this present situation of lockdown. “There are many local agents who buy cashew nuts, but the price they offer is not affordable. Hence, government should pay heed in this area and by taking farmers in confidence should come out with a scheme to boost the trade, we have already destroyed sugarcane farmers who suffered huge losses due to insensitivity of this Government.” He said.

Besides cashew farmers, government should also give support price to farmers who are into cultivation of vegetables and fruits specially Cocum, chillies, Pepper, Areca nuts, Tamarind etc.

The youngsters from Dharbandora taluka, who had ventured into vegetables farming with hope, are suffering as there is no buyer to their products. Instead of purchasing from them, horticulture department is purchasing the vegetables from neighboring States allegedly to patronise one Minister who is in vegetable trade and who made fortunes selling vegetables illegally from a Market in Margao under his brother during first week on the lockdown.

The farmers will suffer badly as economy is collapsing every passing day. If we don’t support farmer in today’s unprecedented situation the cycle of farming will get affected and many farmers will not continue and it will negatively affect rural economy. If the farmers stop working and growing crops and vegetables, people will go hungry. We have keep wheels of village economy moving considering its short term as well as long term benefits. It will be good investment to sustain and promote our rural employment & economy.