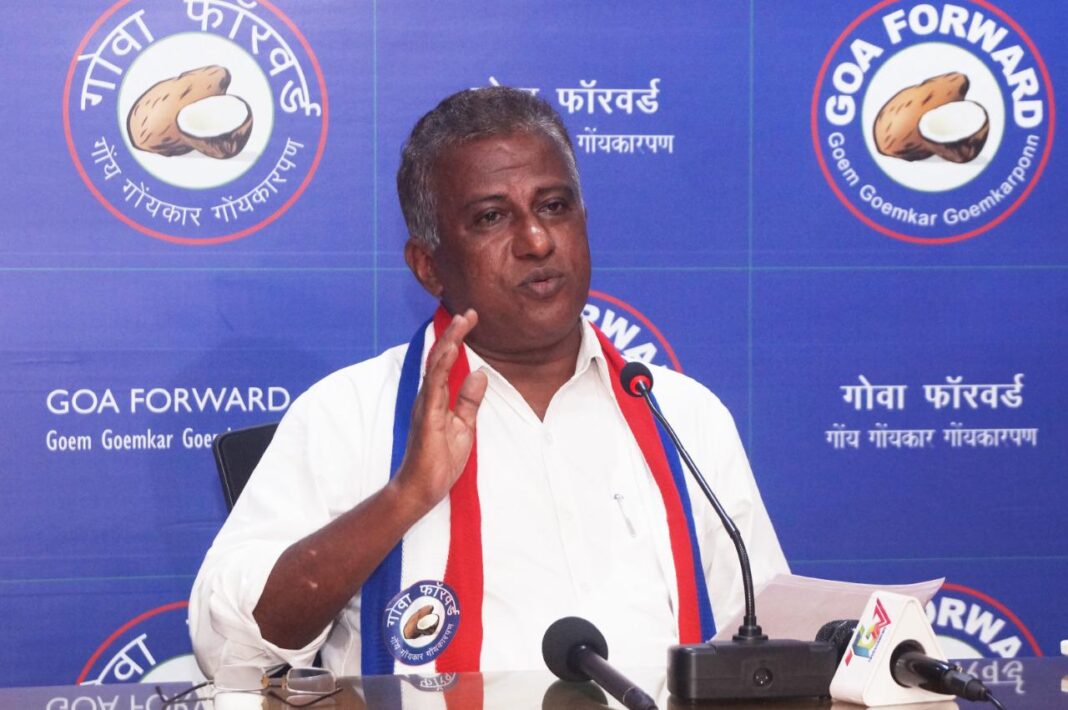 Panaji: Goa Forward Party has alleged that CM was intending to fix the post of section officer in the Goa Assembly as a part of its “long term plans of sabotaging future legislative assemblies.”

GFP President Vijai Sardesai tweeted “We @Goaforwardparty won’t remain silent spectators to the conspiracy of @BJP4Goa Govt to fix the post of section officer as part of its long term plans of sabotaging future legislative assemblies by installing its party workers as legislative secretaries !”

GFP leader John Nazareth, addressing a press conference in Panaji, said “ Section Officer Post in Goa Assembly was Advt on 29th April 2021 and on 30th April 2021 Advt was withdrawn. We have investigated the matter and it is learnt that CM wants to amend the RR to recruit his close aide to the post.”

“We warn officials that we will take this matter to High Court. Pramod Sawant should stop manipulating the  recruitment in the Goa Assembly. We need to keep up the decorum of the August House:,” he added.