Foundation stone laid for the retaining wall at Betul 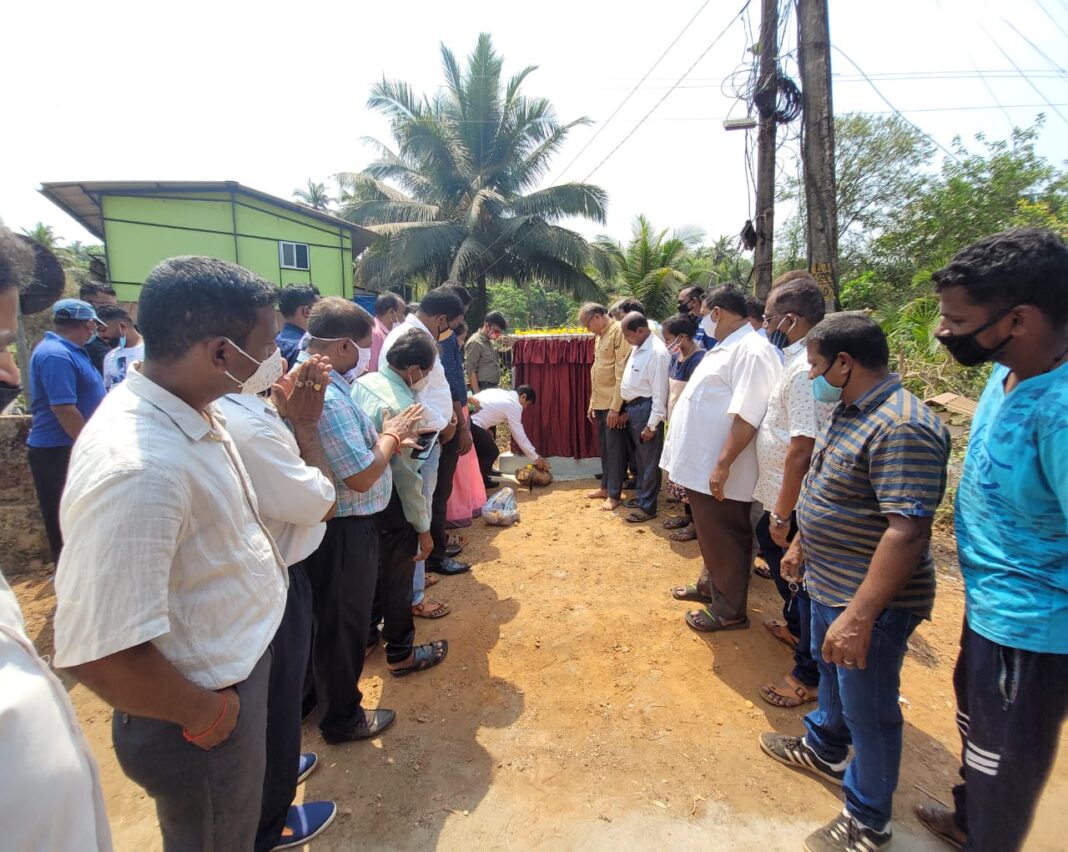 Betul: Foundation stone was laid for the retaining wall from Betul Panchayat to Postawada at the hands of Dy Chief Minister Chandrakant (Babu)Kavlekar. Steady erosion  of the banks of River Sal was posing danger to the old houses on the bank. The Wall is being constructed by WRD and Minister for WRD Filipe Neri Rodrigues was also present during the ceremony.

The wall is being built at a cost ofRs  4 Cr and it will end a long waiting demand of the Betul Residents for safeguarding their houses against the erosion. “This was possible because, we 10 MLA’s joined the ruling BJP under the leadership of Dy CM Kavlekar,” said Minister Filipe Neri Rodrigues. “He was following up for this wall for ages, yet he could not get the financial sanction for the work, which was possible only after we joined the Ruling party”, said Neri while referring to Dy CM Kavlekar’s followup for the work for many years.

While speaking on the occasion, Dy CM Chandrakant (Babu) Kavlekar said, “this was a long pending work that is seeing the light of the day, all because our CM Dr Pramod Sawant understood the need of the Betul residents and backed the project.” He further said, “Betul panchayat house which will be constructed by spending similar amount, was a also delayed for many years. Foundation stone of that building will also be laid shortly. Black toping of all internal and major Betul roads will also be done by spending almost 5.5 Crore Rupees”, said Kavlekar. To end the water woes of this area, separate pipeline water piple line for Fatorpa, Morpirla areas and separate for Betul and Khola is on the verge of completion, informed Kavlekar. Also, underground power cable laying is being planned for the whole panchayat area, said kavlekar.

“Betul satellite port has been dropped and nothing will come there, this I have said in the past and saying it again”, said Kavlekar in his speech. When the matter was brought to the notice of CM Dr Sawant, he immediately called for Captain of ports to give the directions. Only denotificaion is left which will be followed up by me, he said and he will get it done, he said towards the end of his speech

Previous articleTwo teenagers died due to drowning at Harvalem waterfall
Next articleMargao Lohia Maidan renovation work begins, Vijai Sardesai recalls that he had taken up the matter in Assembly