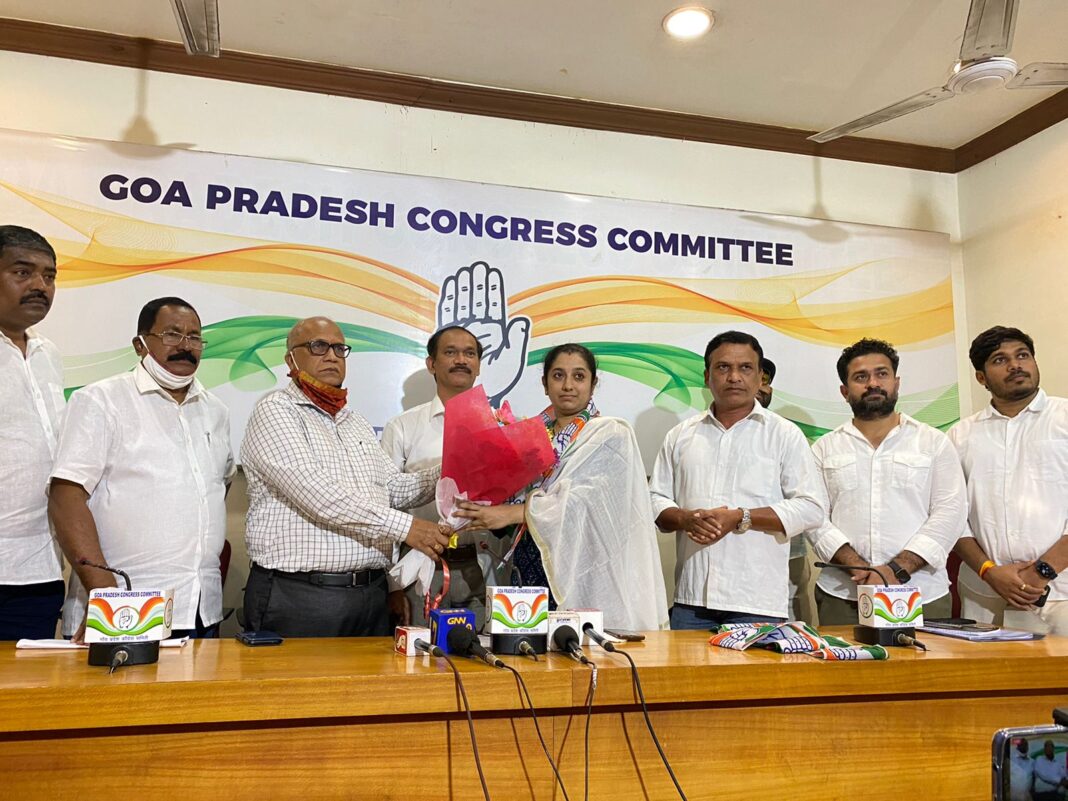 Panaji: Former Shiv Sena Goa Vice President Rakhi Prabhudesai Naik on Thursday joined Congress party.
Naik was inducted in the party in presence of Goa Pradesh Congress Committee President Girish Chodankar, Leader of Opposition Digambar Kamat in Panaji.
Welcoming Naik, Chodankar said that it is a welcome step that several leaders are joining the party ahead of the upcoming election.
Naik had resigned from Shiv Sena last week accusing the party of paying “only lip service” to the social issues of the state.
“I am joining the Congress party as I look at it as the only hope for the better future of Goa,” she said addressing a press conference. Naik said that Goa is safe in the hands of the Congress party, which has credible leadership.
Naik said that her entry in the party is unconditional and she will be campaigning for the party for next election.