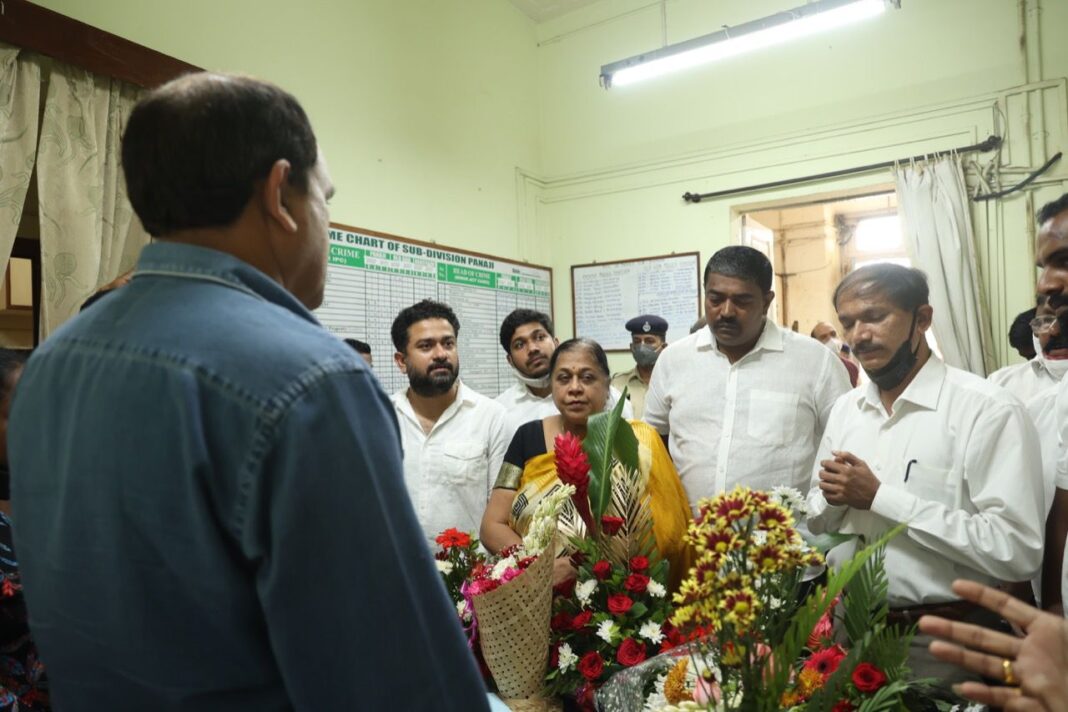 Panaji – Congress Party functionaries led by President Girish Chodankar today presented flower boquets to DySP Sandesh Chodankar praying for “Sadbuddhi” of entire Police Department. The flowers were presented by the Congress Delegation as mark of protest in Gandhian Style against the illegal lathicharge on Congress Functionaries during the Mashal Morcha at Panjim yesterday.

We have presented the boquests to the police with a hope that better sense will prevail in them and they will act in non-partisan way without any political pressure and within the framework of law said Sankalp Amonkar.

Police crossed all limits of brutality and male police lathicharged women workers. Some of them were seriously injured and admittted in hospital said Beena Naik