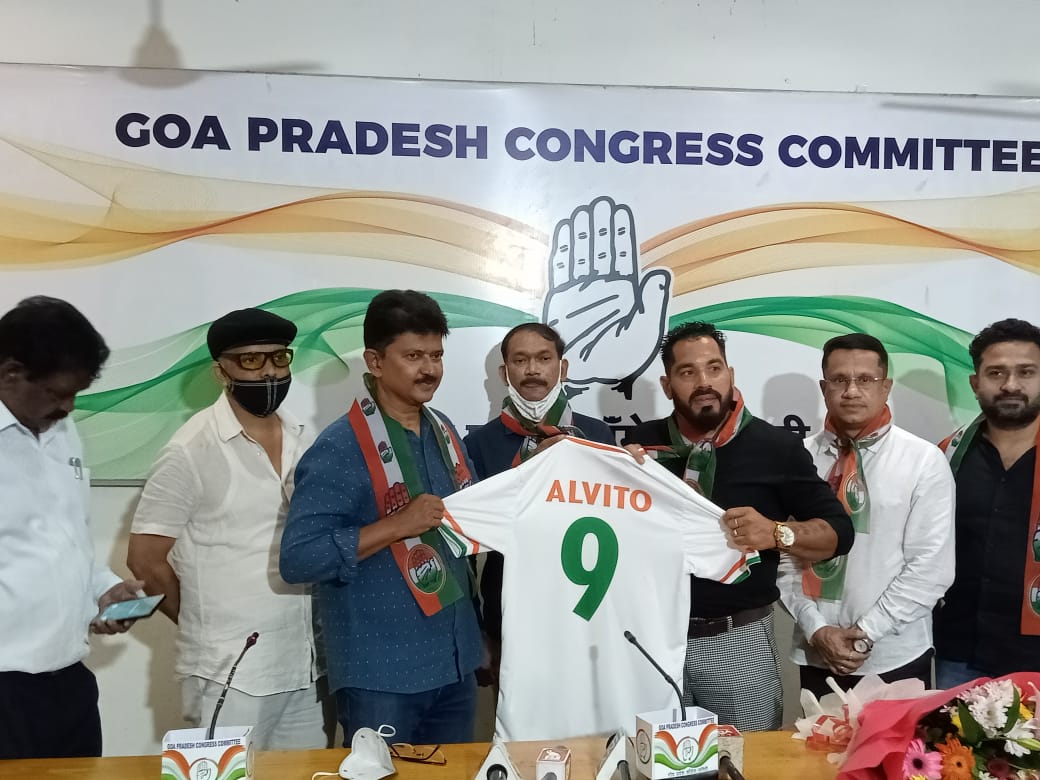 Panaji : Former Indian National Football player from Curchorem, Alvito D’Cunha joined Goa Congress today in the presence of GPCC chief Girish Chodnakar, Working president, Alex Sequiera, LoP Digambar Kamat, Youth Congress president, Varad Mardolkar and Co-Chairman of Manifesto Committee Elvis Gomes among other leaders.
Elvis Gomes said Congress will do development in the field of football with the inclusion of D’Cunha who is an internationally famed football player.
Meanwhile, the GPCC chief Girish Chodankar has charged that the Government of Goa instead of promoting sports, has destroyed all fields, “Once we come in power in 2022 we will promote sports,” said Chodankar.
D’Cunha who joined Goa Congress today said he likes Mamta Banerjee as a politician, “I have taken part in political campaigns with her, but in the end Goa is near and dear to me,” he said.
“These days sports clubs don’t provide much assistance to Goan players. During their playing days, sportsmen move abroad because there are no jobs or security in Goa,” lamented D’Cunha.
“Goa is known as the Mecca of Football but it lacks sports infrastructure, Government says football is the no. 1 sports but fails to provide facilities to football players. I wish to work with my senior leaders in Goa to provide better facilities to sportsmen,” said D’Cunha.

Previous article54 new infections, none died  due to covid-19 in Goa on Monday
Next articleIllegalities on roads will be removed if HC takes Suo Moto cognizance : SCM