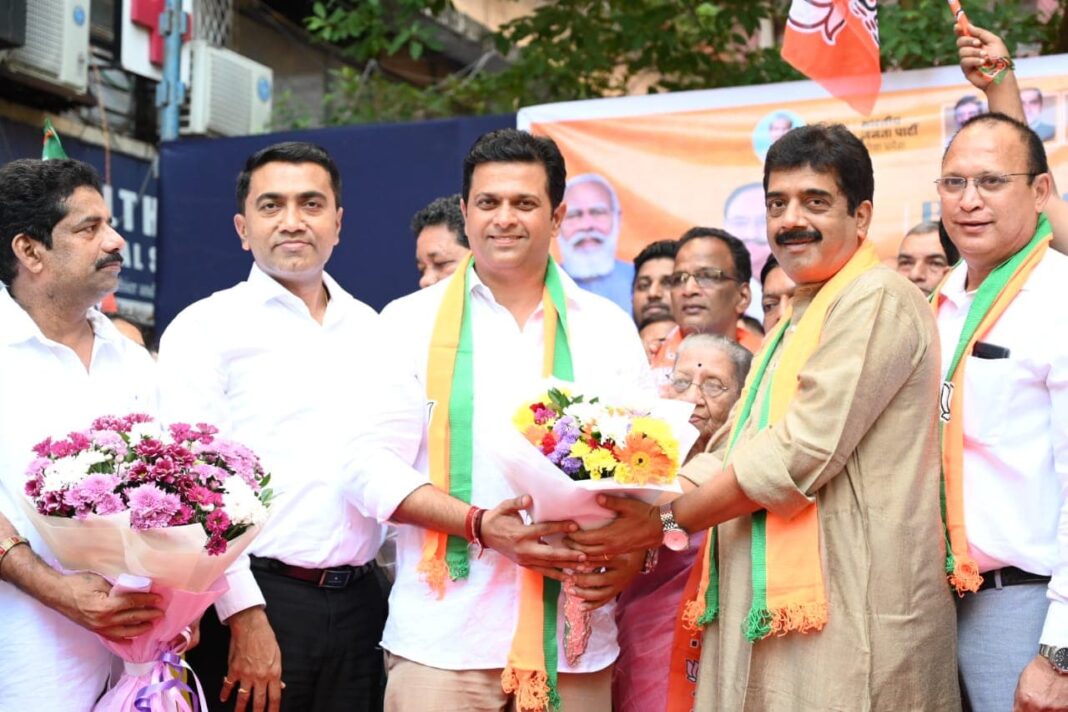 Salgaonkar, who was elected to the House on Goa Forward Party ticket from Saligao Assembly segment, had resigned from the House on Thursday evening after putting down his papers as a primary member of the Vijai Sardesai led party.

Sawant said that more leaders are going to join BJP in the days to come as it is ample clear that the party will form the next government by winning a majority seat in the 2022 Goa polls.

He said that people are attracted towards the “development oriented” profile of BJP as against the sullied image of some political parties who are known for their destructive politics. Sawant was apparently referring to the entry of Trinamool Congress Party in Goa.

Tanavade said that BJP means development, because of which, the party has been accepted by Goans for the last ten years. “The development in the state began from the time BJP was voted to power,” he said.

He said that there is no doubt that the BJP-led government will be voted to power in the 2022 Goa elections.

Salgaonkar said that he decided to join BJP for the sake of people of the constituency. “I have managed to implement several developmental works in last five years, but there are many other works which are pending,” he said.