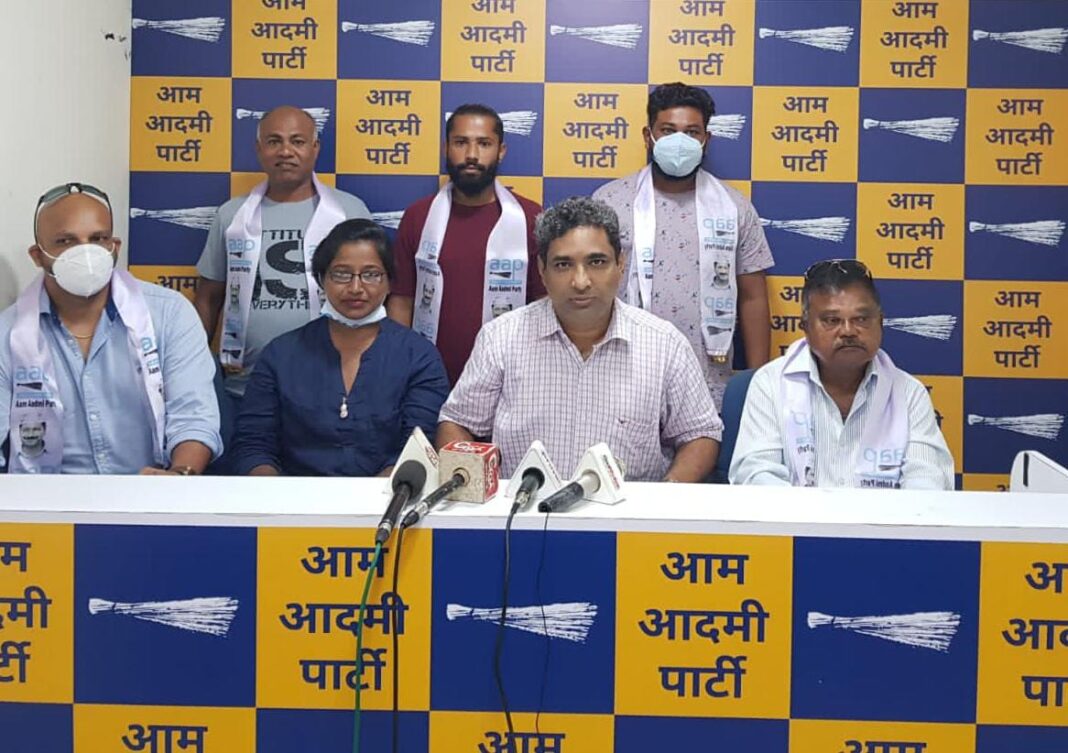 Panaji: Former Chairperson of Quepem Municipality, 5 times undefeated councillor and Congress leader Rahul Perreira joined Aam Aadmi Party today in the presence of AAP Goa Convenor Rahul Mhambre and AAP Quepem incharge Patricia Fernandes. Perreira and his supporters joined the party after seeing the hard work put in during the pandemic relief and ration distribution to the houses of Quepemkars. The Aam Aadmi Party has been growing all over Goa with leaders and social activists across the state joining the party in large numbers.
Perreira was Quepem’s youngest Municipal Chairperson (then known as President) in 1986 and was elected 5 times continuously. As the Chairperson of the Quepem Municipality he oversaw the building of the Quepem Fish Market amongst other developmental work done in the city.
Perreira’s entry once again highlights how AAP is the only viable alternative for Goans today. It is important to note that Quepem MLA Babu Kavlekar won the seat on a Congress ticket but jumped ship to the BJP out of greed for power. For the residents of Quepem the BJP has stolen their mandate but the Congress was the one who’s betrayal let their mandate be stolen. Quepem knows only AAP can be trusted to defeat the BJP.
“I have left Congress as I feel I have no place in Congress as they ignore leaders with potential. I am here as only the AAP can defeat the BJP and not the Congress which is just the B team of the BJP.” said Rahul Perreira. “I’m sure Quepemkars and Goenkars will repose their faith in the party as they have seen how only AAP stood by them in their time of need. I am confident that AAP will definitely form the next Govt in Goa as no party can match their politics of work or the Kejriwal Model. ” added Perreira
Speaking to the Press, AAP’s Quepem Assembly in charge Patricia Fernandes said “The Quepem team is very happy that Rahul Perriera has joined us. Very soon AAP will grow much more prominent in Quepem and will be attracting many people from all over Quepem as well as all over Goa”

“AAP Goa has been growing at a phenomenal pace and these is due to the sheer hard work of the party which has left no stone unturned to help Goenkars” Said AAP Goa Convenor Rahul Mhambre. “The Kejriwal Model has found tremendous support amongst Goenkars with around lakhs pledging their support to Arvind Kejriwal’s first guarantee”