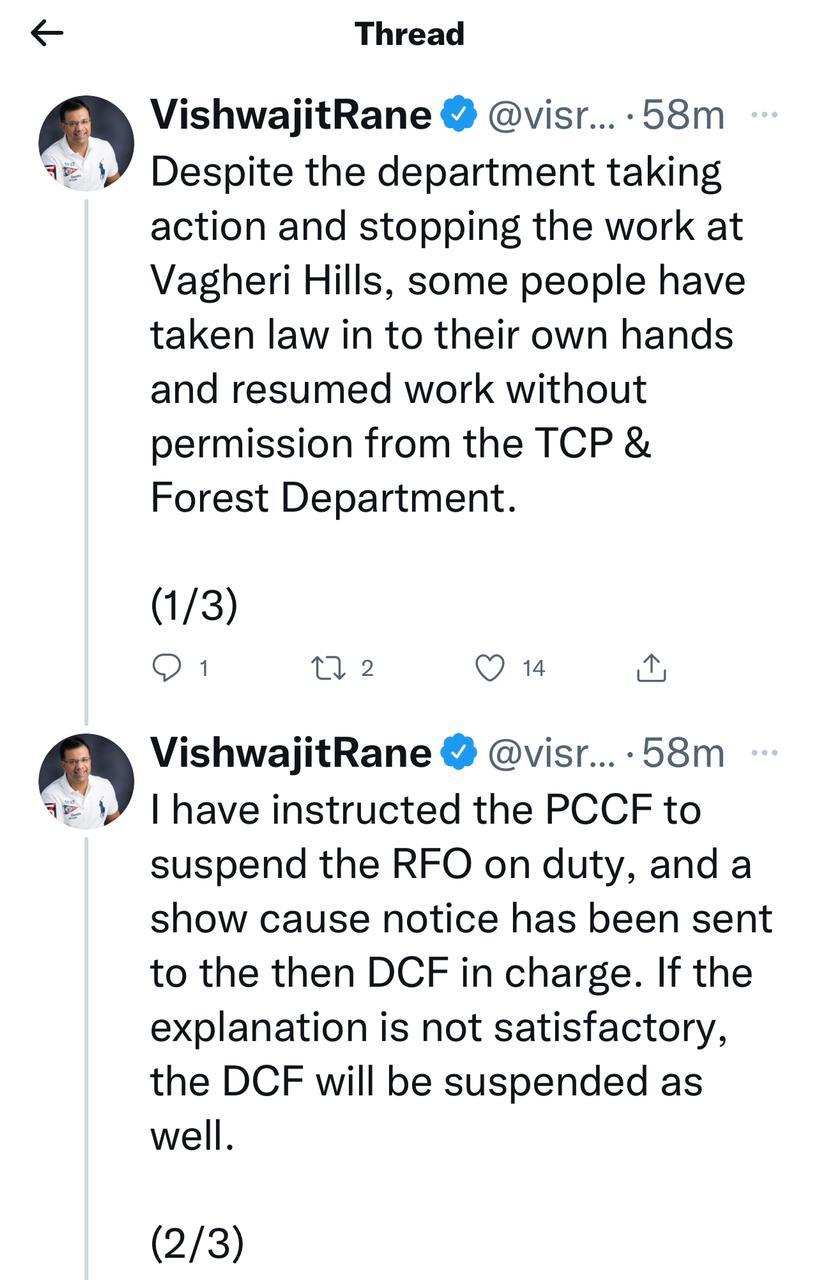 Panaji: State Forest Minister Vishwajit Rane has ordered suspension of a Range Forest Officer while his senior is facing inquiry after hill cutting continued at state’s one of the most eco-sensitive spot in Sattari taluka.

State Forest department had initiated action against hill cutting at Vagheri Hills, one of the most important hill in the Western Ghat. The Hill is located in Sattari taluka.

Rane on Monday tweeted that despite the orders, the work at Vagheri Hill continues without the permission from the Forest department and Town and Country Planning department. Incidently, Rane is holds both the portfolios.

“Despite the department taking action and stopping the work at Vagheri Hills, some people have taken law in to their hands and resumed work without permission from the TCP and Forest department,” the minister tweeted.

“I have instructed PCCF (Principal Chief Conservator of Forest) to suspend the RFO (Range Forest Officer) on duty, and a show cause notice has been sent to then then DCF (Deputy Conservator of Forest) in charge. If the explanation is not satisfactory, the DCF will be suspended as well,” he said in another tweet.

Rane said “No hill cutting, filling of low lying fields, Khazan lands or similar activities will be tolerated. Similarly, I have directed the DCF to keep an eye on the lapses happening in the department; such lapses will not be tolerated.”