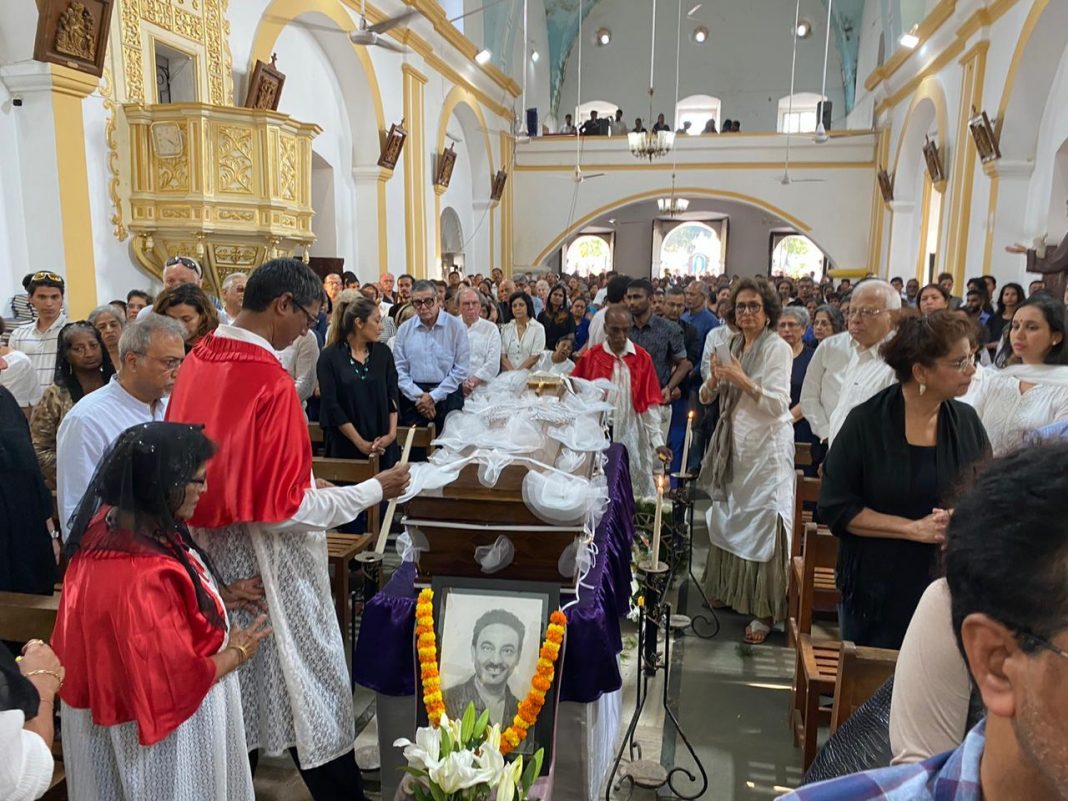 Colvale: Hundreds gathered to bid adieu to renowned fashion designer Wendell Rodricks who had passed away on Wednesday at his home in Colvale village (North Goa).

The final rites on the mortal remains of Rodricks were performed on Thursday evening at St Francis de Asisi at Colvale which was attended by several hundred people.

Leader of Opposition Digambar Kamat was amongst the politicians who arrived to pay homage to the departed soul.

Actor Arshad Warsi also attended the funeral which was conducted in Catholic way.

“He was very dear friend of mine. I will miss him a lot. It is really sad. When we went to Bhutan for lit fest, that was the time when I really came to know him properly,” the actor told reporters outside the Church were prayers were performed as a part of final rites.

Rodricks, 59, had passed away at his residence on Wednesday evening. The film personalities and leaders across all the political spectrum had expressed shock over the news of his demise.

The fashion designer by profession, Rodricks  made cameo appearance in the 2003 film ‘Boom’ and television play ‘West’ in the year 2002.

Rodricks was known for pioneering the idea of resort wear and advocating eco-friendly fashion.