Female Liberation : Understanding the magnitude of sexual violence against women

On 29th November 2019 a charred body of a woman was found near a sewage pipeline in Andhra Pradesh. A CCTV footage showed that Dr. Reddy’s scooter tire had been punctured, 2 men approached Dr. Reddy under the pretense of helping her. The Doctor knew something was wrong and called her sister little did she know what horrific incidents would follow next. The discovery of the charred body led the Police to the 4 men who had raped this doctor.

even after the reforms in law on rape in 2013, there was an increase by 26% in crimes committed against women in 2016. Social media millennials were demanding that the rapists be hung to death and finally when they were killed in an encounter by the police many rejoiced contending that the justice had been delivered but is it really a solution to the increasing crimes against women in India?

The killing of rapists has defeated the purpose of justice the delegation of judicial function to the police cannot be normalized. if the same precedent is used to justify killing of activists and political opponents then freedom and liberty will be compromised. it is not uncommon in India for the police to simply pick up men from vulnerable communities and accuse them of the crime in order to fuel public outrage. Ryan International murder in which Haryana Police said a bus conductor had confessed to murdering a Class 2 student in 2017 however, when the CBI investigated they found that the conducter had been framed and instead they took into custody a class 9 student who confessed that he had committed the murder to postpone the exams.

According to Leslee Ludwin the director of India’s Daughter who led a 2 year investigation into understanding why men rape , her report is an eye opener if not a shocker for us. When she met the convicts of Nirbhya’s rape the media had prepared her to find monsters in the prison and make her think that these are the few rotten apples who needed to be punished but in her quest in understanding these men she found that it is the barrel that was rotten which made these apples to rot and it is us(society) which teach these men how to think which inturn led them into committing this heinous crime.

Over the last few days many people were demanding a death penalty for the rapists on social media, Newsapapers as well in parliament .

Many Feminists scholars and activists have been arguing that death penalty isn’t the answer for rape. In India in 93% of the reported cases of rape the victim knows the offender hence if the accused is the relative of the victim there will be an increased pressure from the family to not register the crime as the accused might get a death penalty.

Busting the myth that revealing clothes lead to rape 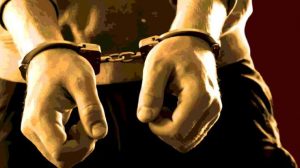 The argument about revealing clothes is that when a woman wears such clothes as to make a man powerfully aroused and stimulated, he goes beyond the limits of his self- control and sexually assaults her and hence the fault lies within her. Legally this argument has absolutely no stand , a woman retains autonomy regardless of how she dresses. The man needs to ask for her consent. Now let us have a look at the psychological aspect, evidence suggest that male arousal is far more visual in nature than female arousal.  The orbitofrontal cortex, part of the brain is implicated in regulating/suppressing sexual behavior. This part of brain tells you that “this isn’t a good idea don’t do it” the Amygdala and anterior cingulate cortex determine whether the situation is sexual or sufficiently sexual in nature . these systems can be compromised with alcohol . So, does it mean that men under the influence of alcohol who sexually assault women because of what they wear are innocent? Ofcourse not. Women can wear attractive outfit and it would be the man’s choice to sexually assault her without consent and if he is intoxicated it was his choice to get drunk. The same principle applies in drunk driving .

Honour killing is most common in north india where the victim of rape is killed to save her dignity, We need to strongly question the stereotype of honour killing ,  and fight for equal rights as Leslee Ludwin says “Inequality is the disease“  sexual violence stems from inequality . We need to understand that sexual violence is an act of patriarchy and has nothing to do with morality moreover it seems as though people love the idea of hanging and castrating the rapist but fail to understand that the root of this crime against women is gender inequality what we should be more focusing on is education and equality which can be taught through Sex education which is an important subject neglected in India. A comprehensive curriculum-based sexuality module, such as the one launched by UNESCO in 2018, can help young boys and girls understand their bodies and the age-related changes better. And it can also teach young people about consent and respecting each others’ personal space.

Australia which is rated as the safest country for women focuses on developmental crime prevention and social crime prevention. The model former is based on the premise that intervening early in a young person’s development can produce significant long-term social and economic benefits  on the other hand social crime prevention is directed at trying to influence the underlying social and economic causes of crime, as well as offender motivation. This includes action to improve housing, health and educational achievement, as well as improved community cohesion through community development measures. Unless these reforms are introduced in India coupled with Education & awareness about gender equality reduction in sexual offences against women is a far fetched dream.