FDA rules out U turn on formalin in fish, says chemical content was natural 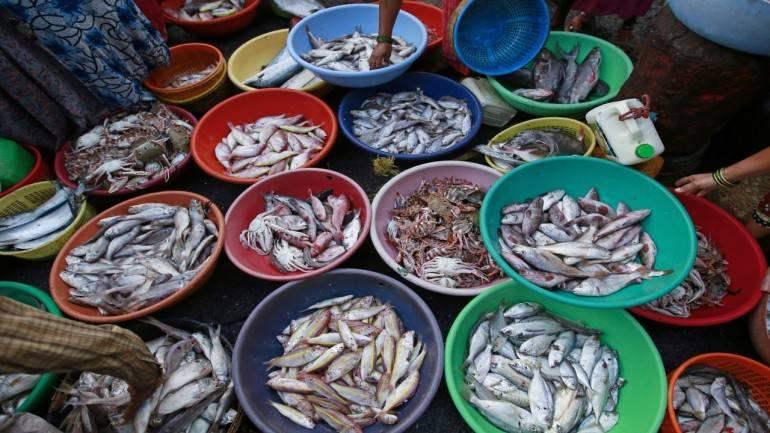 Panaji: The FDA has said that  amount of formalin found on the fishes imported in the State from the other parts was natural.

“The Laboratory analysis performed on the fish samples drawn from Margao wholesale market and Panaji market showed the results on par with the naturally occurring concentration for the different fishes tested ruling out the possibility of added amount of formalin,” FDA said.

FDA said that they had resorted to checks of fish samples from various marets as they had received communication from Food Safety and Standards Authority of India, (FSSAI) to furnish details of sampling of fish and detections of contaminants of fish with Formalin, if Positive.

“ Also keeping in mind the reports of banning of import of fish from Chennai by the State of Assam due to Formalin contamination, and to ensure that the fish received by our State from Chennai is free from contamination the FDA officials had visited wholesale fish market at Margao and fish Market at Panaji yesterday to draw the fish samples,” the note adds.

FDA has said that it is to be noted that Marine fish naturally contains certain amount of Formalin. “As per the report published by Society of Fisheries Technologists (India) the concentration of Formaldehyde in Marine fish is found to be varying between 2.38 to 2.95 mg/kg; fish/shellfish 0.33 to 16 mg/kg,” the press note adds.

The FDA has said that it will continue its drive to test the samples of fish for presence of formalin contamination to assure the public of Goa that the fish available in Goa is safe for public consumption.